This Pig Can Fly 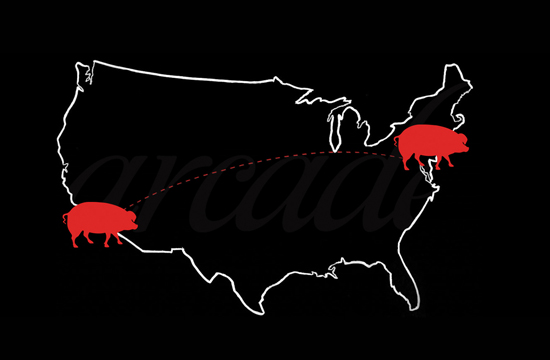 Arcade Edit has spread its wings and officially opened a New York office. Since Arcade Edit's launch in Los Angeles in 2008 they have been working with clients on the East Coast, but now they are officially bi-coastal. The new NYC shop is led by Executive Producer/Partner Sila Soyer and Editor/Partner Jeff Ferruzzo.

An award-winning editor, Ferruzzo has been recognized with multiple AICE, Create and HPA honors for his work on projects for Audi, Old Navy, MLB and Miller64, as well as Dos Equis’ “Most Interesting Man in the World” campaign. He brings a fresh creative perspective to his work, combining editorial and design talent with humor and wit. Ferruzzo's most recent projects include campaigns for Crown Royal, Verizon, Chase, ESPN, Durex and Jaguar, collaborating with directorial talent such as Steve Miller, Wayne McClammy, Tim Godsall, Paul Middleditch, Chris Sargent and Brian Billow.

With over nine years experience in the New York post production market, Sila Soyer is a forward-thinking editorial executive producer who thrives on creative challenges. Soyer also has a strong background in production, having begun her career as an editor and worked as a producer on the agency side as well as for production companies.