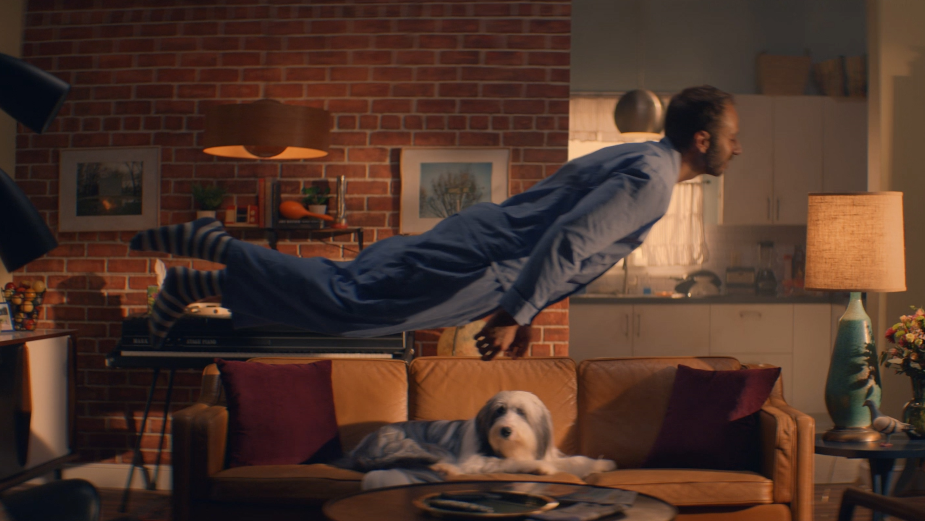 There’s something delicious coming to New York Lottery retailers. It’s a new Scratch-Off Game called BACON! To launch the new ticket, McCann New York cooked up a campaign that pays homage to everyone’s favourite food. The smoky, salty smell of bacon is calling New Yorkers to Wake Up and Smell the Win.

The centrepiece of the campaign is an enchanting spot called, ‘Early Riser.’ Directed by Conor Byrne from Mssng Peces, it tells the story of a New Yorker who is magically awoken and carried through the air, out of his home, and through the streets by a mouth watering aroma. Spoiler alert, it’s Bacon! It was shot all in-camera both in studio and on location in New York, using a specialised rig to ensure the hero character was always being led by his nose towards the source of that sweet bacon smell.

The campaign is being supported with a promotion across the New York Lottery’s social and digital channels. Fans are invited to Wake Up and Smell the Prizes by signing up for early morning prize alerts delivered to their email inbox every morning during October. The 30 earliest risers to check NYLBacon.com will be awarded with weekly Bacon Boxes filled with bacon-themed items ranging from frying bans to bacon air-fresheners—and they’ll be entered for a chance to win the $10,000 grand prize.

The Wake Up and Smell the Win campaign will live across TV, online, social, a digital experience, e-newsletter, retail, radio, OOH, print, and direct mail executions from September 7th, 2021 to October 31st, 2021. The Bacon! promotion runs from September 29th to October 30th, 2021.