This Music Video for Aufgang's 'Summer' Changes With Your Weather 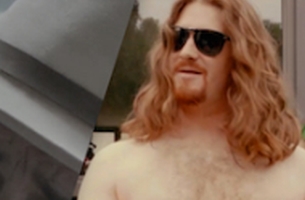 Created for the agency Ideas for Music by Quad Group's digital division Fighting Fish, this music video for French duo Aufgang's single 'Summer' imagines a world where the celebrated Coen Brothers character 'The Dude' has become a wealthy world bowling champion. The film follows him after what seems like a rather interesting party, but what happens in the story changes according to the weather wherever you're watching.

For those of you who can't wait on the weather patterns to change, Fighting Fish has released cheat codes which allow you to unlock different versions of the video at any point during the film. See them here.