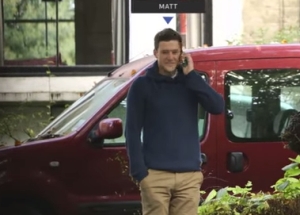 The video, which sets out to prove its tagline – tech for whatever life throws at you - starts with a ringing phone on the pavement in Hackney, London. On answering it, two curious participants are briefed by a mystery voice and tasked to hit flying fruit with a baseball bat, herd cats and chase a life-size rabbit through a park, in order to win a tech bundle prize worth £1000.

Hosted on YouTube and supported by related web content at Mobiles.co.uk, the video has notched up more than 1,000,000 views in two weeks, in turn increasing brand searches by 35%.  Digital agency Msix was tasked with bringing the concept to life, and through their Content Labs arm has helped to deliver 7,000 social engagements, while the campaign is supported by a Facebook competition offering viewers the chance to win their own technology prize, sponsored by Sony Xperia.

Jay Karsandas, Digital Marketing Manager at Mobiles.co.uk, said: “Phones have become everyday essentials that can improve or impact on most aspects of our lives. We wanted to put them to the test and see if they really can help in any situation.

“We chose a selection of challenges that would catch our contestants completely unaware, keep viewers engaged and resonate in parts with the technology community – arguably one of our key target audiences. With recent competitors leaving the market, there is now a gap for us to innovate and capture the audience, clearly demonstrated by the fact that 88% of visitors coming through to the website after viewing the video were not previously familiar with our brand.”