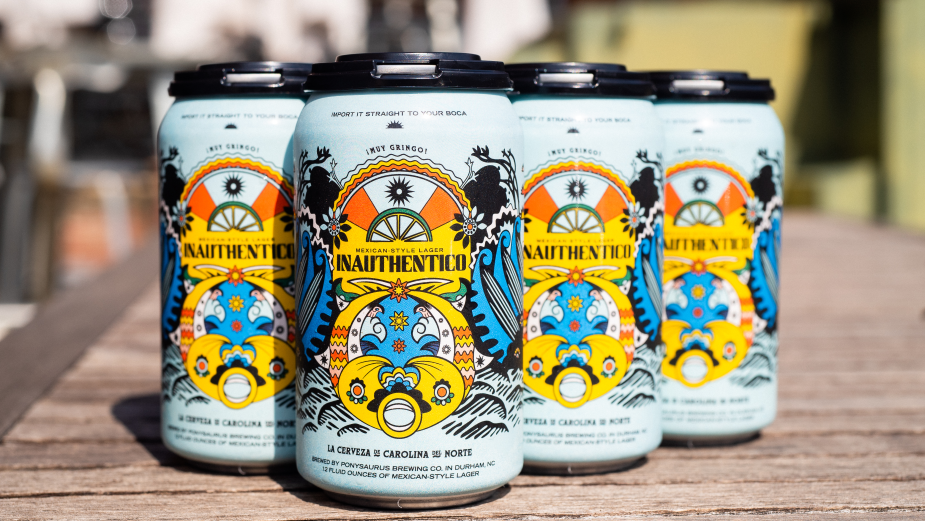 While most Mexican beers talk about their amazing origin stories and being part of Mexican tradition since the 13th century (while being owned by companies based in Belgium), Ponysaurus Brewing in Durham, NC is going the opposite direction. To launch their new Mexican lager “Inauthentico,” they’re owning up to the fact that while it’s a traditional Mexican-Style lager made with flaked maize, it is made in Durham, NC without the pretension of a bespoke, made-up origin story. 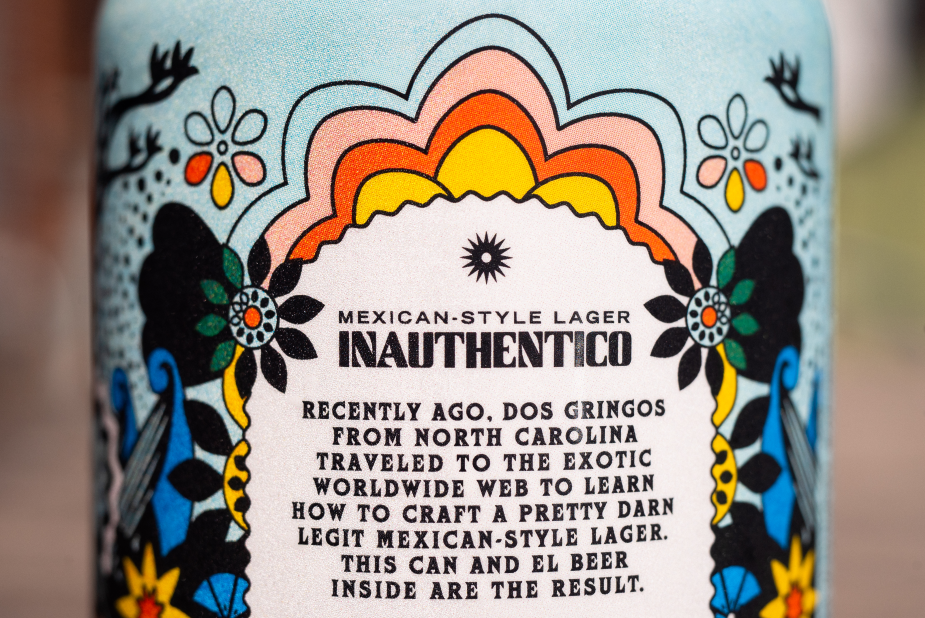 As the copy reads: “Recently ago, dos gringos from North Carolina traveled to the exotic worldwide web to learn how to craft a pretty legit Mexican-style lager. This can and el beer inside are the result.”

Director of marketing Sarah Voran said: “Beer branding can take itself so seriously, while still being completely made up. We thought having a little fun with the truth would be a better way to go.” 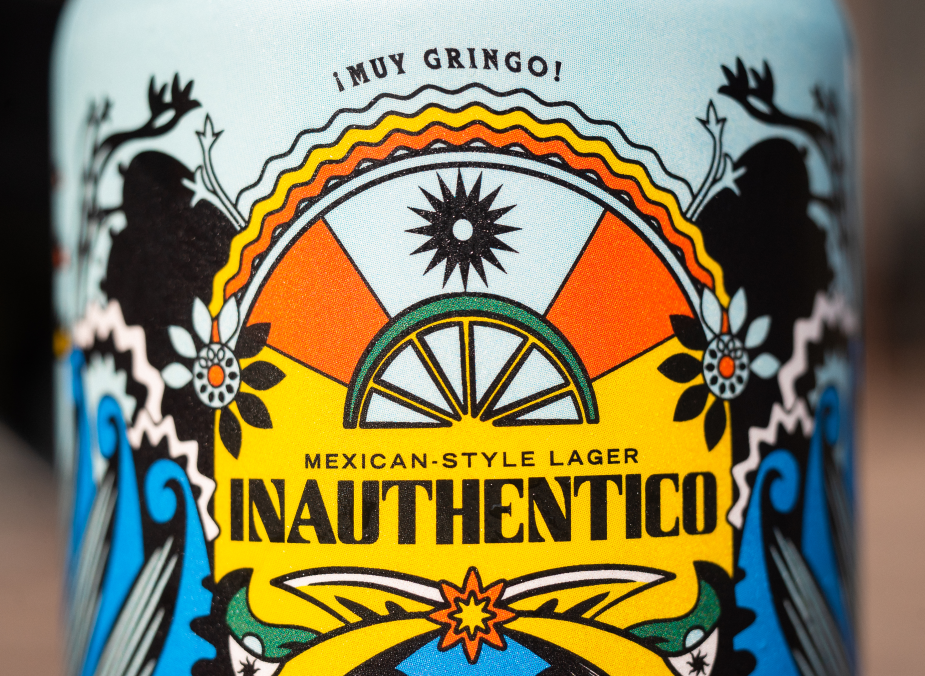 The concept and design are by longtime agency Baldwin& in Raleigh, NC. “We wanted to honor the beer style and the holiday, while being completely honest about its origin,” said ECD Mitch Bennett. “It’s a great-tasting tribute. That just happens to be 100% authentically Inauthentico.”

The brewery will launch its homage to the genre at its Cinco De Mayo party on May 5th, and cans will soon be available across three states. 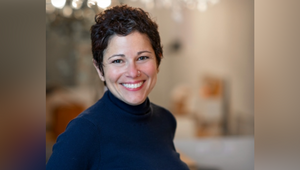 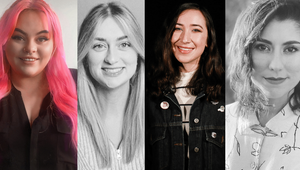 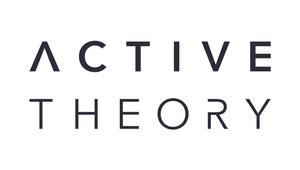 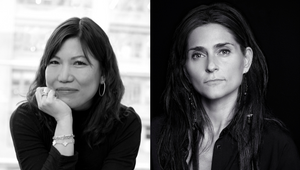