Trevor Williams, tells us about his astounding career so far, the importance of side hustles, helping the world through marketing, and why he auditioned for American Idol 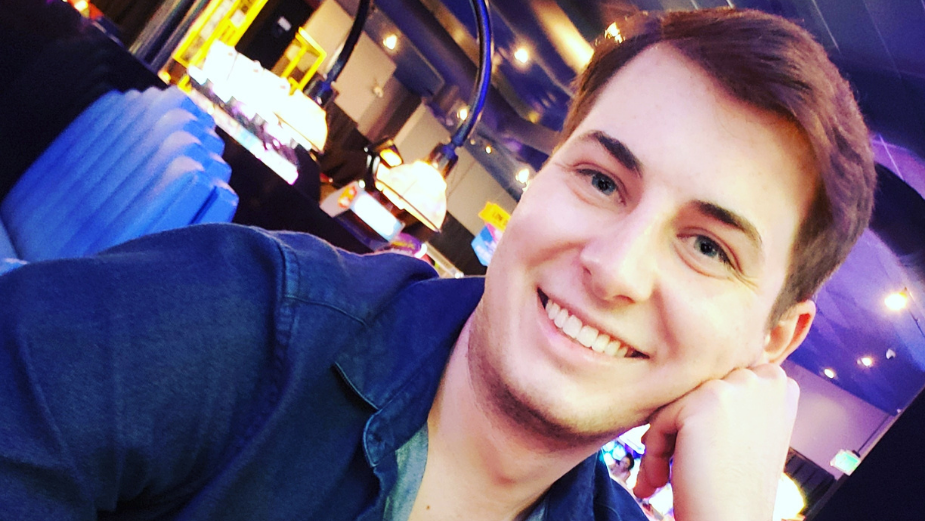 In adland, you’d be hard pressed to find many 27 year olds who have generated over a billion dollars in new business via marketing and also auditioned for American Idol.

Trevor Williams isn’t like most postgrads. In fact, ‘postgrad’ seems a ridiculously understated way to describe someone who has already held senior roles at global multibillion dollar businesses including Aon and Samsung. Now at Adstream, Trevor also runs his own creative agency on weekends, and is the editor of an LGBTQ magazine which he also founded. Oh, and he has a degree in health sciences as well.

It doesn’t take long speaking to Trevor before one realises nothing about him should come as a surprise. Having overseen campaigns for some of the world's biggest brands, Trevor’s current role sees him helping companies to continue their messaging and branding throughout one of the most turbulent times in modern history.

To find out what makes this marketing head tick, as well as look back on his unique career so far, LBB spoke to Trevor Williams.

Q> First things first, how did you start in the industry?

Trevor> It’s actually kind of funny - when I went to college I was absolutely not intending to get into business or marketing or anything of the sort. I spent a year studying as a veterinarian technician, but it quickly became clear that wasn’t going to work out. I remember being kind of horrified by the way that animals would get treated - stuff like just getting knocked out cold so we could administer their treatment. So, then I moved over to humans and got into medicine. I don’t know if you’ve seen Grey’s Anatomy but there’s a character called Christina Yang that was the total epitome of what I wanted to be. I completed that course and got my bachelors degree from Mercy College, New York.

Q> So how do you jump from that into marketing?!

Trevor> Well, I finished my degree in three years, but wanted to graduate with my friends who had to study for four years for their courses. So I stayed a year longer, during which I completed a bachelor's degree in business admin - which should have taken four years in and of itself! Off the back of that, I had a conversation with the Dean of the business school. He’s a guy called Ed Weiss who is absolutely incredible, by the way. He told me he’d accept me into his Master’s programme, so I did that and I just loved it. I loved marketing, I loved advertising. It was so clear to me that this was the way to go - when I looked back over at my options for medicine, I was like 15 years away from being in a position to actually put anything I was learning into practice. So I went for it and got a job at an insurance company, Aon Risk Solutions.

Q> And what did you learn while working there?

Trevor> It was quite interesting as this was a company that was, at the time, quite a bit behind in terms of digital transformation. But nonetheless it was amazing to be able to start applying all this stuff I had learned in school. They were a great company to work for, and even though I was essentially doing a full-time internship they gave me responsibilities and opportunities. By the end of that initial three month period, I’d helped them generate around 300 million in new revenue. After that, they offered me the opportunity to look after a bigger part of the business. By the end of my time with Aon, I’d made just shy of a billion dollars for them.

Q> And you’re how old at this point?

Q> So you have a billion dollars under your belt at age 25...

Trevor> It’s been a useful thing to be able to look back to, for sure! And I gotta say, one of the absolute best things about that whole experience was the satisfaction of taking what I was learning the year previously and applying it to get those kinds of results. So that totally solidified that the path I had taken was the right one.

After that, I moved over to Samsung as part of their B2B group. That was tremendously exciting as it was at the cutting edge of the business world, doing really interesting things in all kinds of areas, not least data and analytics. After a good year there I joined Adstream and now here I am!

Q> So no plans to go back to medicine?

Trevor> What’s motivating me day to day is helping people through helping businesses. When you’re helping a business, you’re moving its customers and having a profound impact on their lives. And when you put that into the context of a platform like Adstream, which is just enormous and connects so many people together, I definitely see enormous potential to make the world a better place. It feels a very natural and rewarding place for me to be, to the extent that I think I can do more good from here than I could with medicine.

Q> At the moment, a lot of brands are looking at rolling back their marketing in the short term for obvious reasons. Do you think your success with marketing stands as a kind of testament to what these companies might be missing out on if they stop talking through this period of time?

Trevor> Yes and no. I think we have to be realistic and ask ourselves whether a company could go out and make $300 million in three months the way we did with Aon, given the current B2B climate where cutbacks are the reality. I think on balance you would probably say that’s not likely to happen.

However, that’s not to say that brands should be packing up and going home, absolutely not. I was reading a report recently that showed B2B advertising on a digital level had increased 22.6% compared to the same period in 2019, because people are working from home and spending more time electronically. So should you stop marketing? No, but you should be pivoting your strategy to make sure you are hitting the right, invariably digital, platforms because these places are exploding right now and ignoring that would be a big mistake in the long run.

Another thing I would say to companies who are putting out communications on these channels is take care with your tone. Don’t speak to me in jargon, and don’t act like I am the master of everything in the universe. Speak on an emotive level and be mindful of the current environment. I think P&G are doing a wonderful job of doing exactly this right now. If you want any inspiration for the right thing to be putting out, take a look at some of their stuff.

Q> Do you think that, given many consumers’ reduced spending power, marketers should take this time to focus on long term brand building rather than short-term results driven campaigns?

Trevor> I think that investing in brand building would be a great thing to do whether there was a pandemic or not. But to get to the heart of your question, context is everything. If you’re a travel company then perhaps yes, brand building will be the most effective kind of communication you can put out right now. It’s true that if you stop talking to your audience altogether, it’s likely that they will move away from you and towards a competitor. So long term brand building is important for companies who may not be directly selling at this time.

However, what if you’re Amazon, or a supermarket? The kind of place where people need to go for essentials. These kinds of companies absolutely have an opportunity to look to results-focused communications in the months ahead.

Q> Outside of your day job, what inspires you?

Trevor> I’m a big believer in the importance of the side hustle. In fact, I have two with many more on the way. One is a marketing and advertising agency called Ignite! which I run in my spare time, and the other is Capital Q, an LGBTQ magazine that I’m building up.

Q> That’s incredible - where do you find the time?!

Trevor> I’m just the kind of person who needs to be working 19 out of 24 hours a day. I only need five for sleep, that’s fine. It’s just what makes me happy! I like entrepreneurship, I like owning these side hustles. It’s a case of doing what you need to do in order to be happy, really. For me that involves allowing myself to look back on everything I’ve done and think ‘I absolutely worked my ass off for this’.

Growing up, my family were fairly well-off, until at one point disaster kind of struck and we were essentially left with nothing. Living day to day meant finding enough money for food to feed everyone and that was it. That was an extremely formative experience and I have an immense amount of gratitude for my parents and how they helped us all survive that. So I want to put myself in a position where I can provide for them when they retire.

So I do work a lot, but it makes me happy and gives me purpose. That’s what I do, and it works for me, but the worst thing you can do is go around comparing yourself to other people and thinking ‘oh they’re doing this and I’m not’. You are the best person in the world at being you, and it would be a crime to let that talent go to waste.

Q> As a final question, is there anything specific you want to be able to reflect back on when you’re retired?

Trevor> You know, I don’t want to work my life away. I want to look back on a lot of fun. So for example, a few years ago I actually auditioned for American Idol. I was thinking that would be a lot of fun, and I was right! I mean, clearly, I didn’t win but there’s always another year, haha.

Q> I have to ask, what song did you sing?

Trevor> Oh now you’re really testing me. It was a Rascal Flatts song…. What Hurts The Most! Yeah, that was it. But I wouldn’t sing that if I were to do it again now. If I did it again now, I’d go for something that challenged me. Something like the song from the most recent Aladdin with Naomi Scott, Speechless. That’s a masterpiece, her voice is truly something else.