This Lucozade Campaign Is Just So Damn Silky Smooth Like Butter

Editors’ Choice: Grey London repositions Lucozade as something for more than hangovers and illness with world-beating campaign 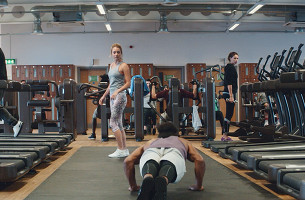 This summer, creative agency Grey London is shaking up the soft drinks industry with the mission of reshaping people’s perceptions of Lucozade Energy. Encouraging consumers to drink Lucozade Energy in situations beyond hangovers and illness, Grey created a new brand positioning and strapline for the soft drink; Find Your Flow – positioning the drink as an ally to busy people who want to enjoy a full life, an idea that flies in the face of the energy category of high-adrenaline junkie quick hits, crashes and burns.  Flow is that softer, more sustainable feeling of being on form, finding your rhythm, and everything feeling easier and more enjoyable.

August sees the campaign ramp up, with new OOH executions (featuring lines such as ‘Commute like a hot knife through butter’, ‘Turn your to-do’s into ta daaas’, and ‘Work from 9.00 to sublime’), a 60/30’ TVC championing ‘flow…the unmistakable feeling of unstoppable’, radio, in-store (created by GreyShopper), experiential (led by TRO), digital and social (created by AnalogFolk), and PR (Frank PR) activity. 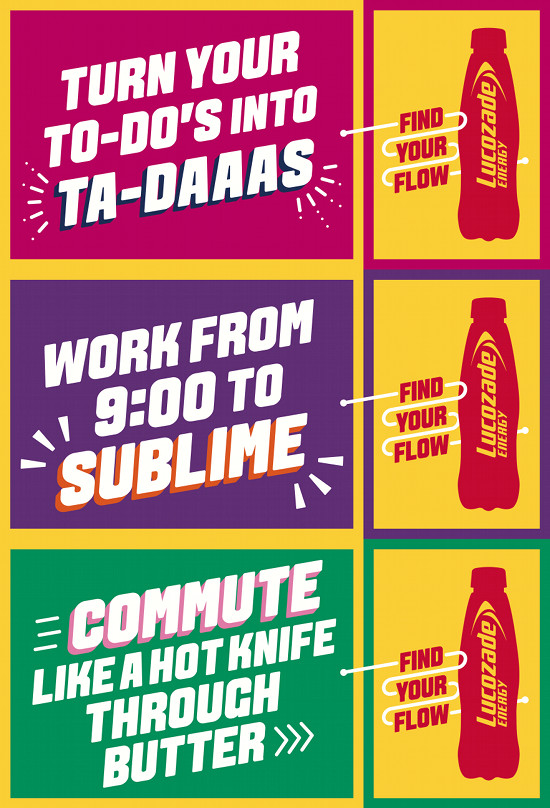 The outdoor campaign boasts eye-catching activity at a number of high-footfall stations, including a complete, 21-site domination of London’s Waterloo, takeovers of Manchester Piccadilly and Liverpool Lime Street stations – including floor decals directing commuters in and out of the station as quickly as possible, making the commute flow more easily – and a special build within the tunnels of Oxford Circus underground station. The Oxford Circus activity sees the creation of ‘flow lanes’ and ‘slow lanes’, helping Londoners find their rhythm and separating those in their flow with others who want to take their journey a little slower. 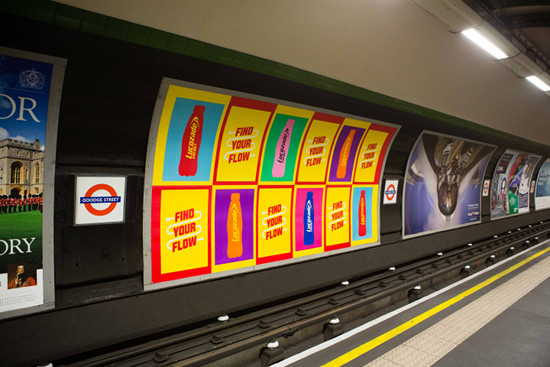 Lesley Stonier, Marketing Manager, Lucozade Energy, says: “Lucozade Energy is the second-largest carbonated soft drink in the impulse and convenience sector, yet the brand is still perceived by some as an occasional crutch in moments of severe energy defects. Find Your Flow aims to reposition Lucozade Energy as an ally to busy lives, helping ‘daily strivers’ – busy men and women on the go – find their rhythm and keep it.”

Darren Wright, creative director, Grey London, adds: “You can have good days when you feel on form, then you can have bad days when you don’t, the difference is energy. And that’s what Find Your Flow is all about. It’s about having the energy to get on with your everyday, to find your rhythm, to hit your stride. The TV celebrates this energy in a really tongue-in-cheek, fun way, championing everyday people in everyday scenarios. And it was just as important that the OOH had as much energy, so we worked closely with printers, using nine special pantone colours to create a campaign that really cuts through.

All OOH has been created by Alex Tizard & Jonathan Rands (designed by George Goldsack), TV by Theo Bayani & Miguel Gonzalez (directed by Nathan Price through Park Pictures), and radio by Howard Green. The campaign is creatively directed by Darren Wright.