Awards and Events 685 Add to collection

The homeless community uses a 24-hour bus service to sleep in the area. Director Elizabeth Lo talks about documenting it in ‘Hotel 22’ 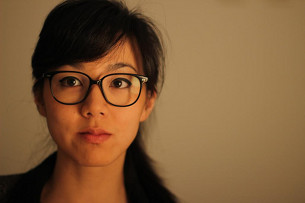 In Silicon Valley - one of the richest areas in the United States - runs one of San Francisco’s only 24 hour bus services, line 22. In a bid for shelter, some of the city’s homeless community ride it at night to sleep on. Elizabeth Lo, already looking for a film project about enclosed spaces, heard about Line 22, travelled to San Fran to ride the journey, and subsequently made ‘Hotel 22’, a moving, beautiful short film about the bus services and its drivers and users. ‘Hotel 22’ also landed Elizabeth a place on this year’s Saatchi & Saatchi New Directors’ Showcase, so LBB’s Addison Capper caught up with her to find out how she made it happen.

The New Directors’ Showcase is touring around the world after its screening at the Cannes Lions. The next stop is Milan - find out how to attend here.

LBB> Hotel 22 tells an incredible story - is it one that’s well known and documented in San Fran?

EL> Hotel 22 is well documented in local news publications in the Bay Area and through word-of-mouth is well known among the homeless community. But most people who aren't familiar with the 22 line haven't heard of it. I think the Hotel 22 phenomenon is striking because it takes place in one of the richest places in the country, and the darkness of its story is not what we tend to associate with the sheen of abundance and wealth in Silicon Valley. For me, what happens on this bus is a microcosm of the racial and class inequities that characterize the nation.

LBB> What pushed you to make a film about it?

EL> I was interested in making a film that took place in a contained space - where a patient camera could reveal things about society by just looking. I think public transportation in cities involves fascinating spaces in which different worlds collide in fleeting, claustrophobic moments. When I heard about the Hotel 22 phenomenon and then read about it in the news, it was such an oddity within the world I was living in in Palo Alto that I decided to ride it. What I experienced on that bus felt so different than reading about it, so I decided I had to make a film to convey what I saw.

LBB> How did you make the film happen? Was the bus company happy with you filming or were there issues that got in the way?

EL> The bus company was not particularly happy with me at first, but after much communication, they said they were glad that awareness was being raised for the issue, and eventually agreed to participate on a panel hosted by the city's Department of Housing to talk about their role as unofficial shelter providers. Being on the panel with the bus company was one of the most incredible experiences I've had as a documentarian. There were homeless people there watching the film for the first time who felt that it conveyed the harshness of their experience, and they openly confronted the panelists about how they were being treated on the bus. This meant a lot to me. When you set out to make a documentary, you never expect that the thing you make will engage with the world it represents in a tangible way beyond a momentary shift in the viewers' minds. To see that the film was bringing people together in concrete ways, even if in confrontation with each other, far exceeded my expectations for the impact of this film. And I hope it continues to spark more conversations.

LBB> And how about the people on the bus? How did they react to you being there filming?

EL> Every night I encountered resistance on the bus, which is understandable because though this was a public space many of the riders were using it for sleep, a very private activity. But I rode the bus a lot before actually filming, so I got to know some of the drivers and regular homeless riders who understood what I was doing, and they would come to my defence when someone would start yelling at me. And of course, I would not film people who didn't want to be filmed.

LBB> The film is obviously about the people on the bus and their hardship, but you’ve explored those themes in quite a subtle way. It actually hits the point home harder. How did you manage to strike that balance?

EL> My goals for this film were fairly modest. I knew I couldn’t unpack all the economic factors that lead to the “Hotel 22″ phenomenon, or do justice to all the life stories that inhabited this bus within a short or even a feature. So I decided the most effective way to convey what I felt was important about this story was to simply put viewers in the riders’ shoes for just a night – to glimpse what a night of being relegated to a rumbling bus for sleep might feel like. With Hotel 22, I hoped to give primacy to immersion over information; I wanted to convey the experience of finding refuge on the 22 without resorting to the manipulation of individuals’ biographies or sentiments to tell their story. While I was sacrificing access to the interior worlds of the riders and drivers by eschewing interviews, I hoped that a less mediated portrayal of a night on this bus would lend itself to a film that gained power through simplicity and directness. Rather than telling audiences what the passengers might be thinking or feeling, I hoped that silence would encourage viewers to imagine it, and in doing that, engage in the act of empathy through film-watching.

LBB> Tell us a bit about the production… How long were you shooting for and how big was the crew? Anything else we should know about?

EL> I shot for six nights with one other crew member, Chris Giamo, who recorded incredible sounds on and off the bus at the stations. The short film is a composite of these six nights. There's a lot more to this bus than what's presented in the short film. I'm hoping to expand Hotel 22 into a feature with the rest of my footage, and tackle the murkier territories such as mental illness that I felt it wasn't right to delve into with a short.

EL> While I was filming, I was teased a lot from behind the camera. Perhaps it had to do with being a woman director or how I was carrying myself, but in order to overcome this, I adapted my own behavior. I began to take myself more seriously, and became more silent than usual during filming. This approach had its drawbacks and benefits. At once I was preventing myself from being teased, but I was also distancing myself. In retrospect, I realized that the most powerful moments of the film came from individuals that I had deeper relationships with - whether it was with the drivers or the riders. Without those relationships, I never would have been able to film those scenes. Knowing this, I hope to engage in even more collaboration and intimacy in my future endeavors.