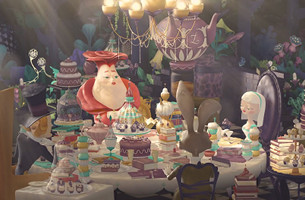 We Need to Talk About Alice is a 21st century, grown-up take on Carroll’s classic tale, with Alice sporting tattoos and stockings, and the Mad Hatter flaunting a gold tooth and hipster ‘tache.

The film was commissioned by String Theory and created as part of the Great Writers Series, a collection of short films to promote the concept of Good Books; a not-for-profit charity that supports Oxfam in ending poverty and injustice.

GOOD BOOKS: "We Need To Talk About Alice" from Plenty on Vimeo.

Over the past few years, hand-picked directors have donated their time and skills free of charge to create short, promotional films for the charity, based on well-known authors and books. In 2012, Buck released the incredible Metamorphosis, a homage to the author Hunter S. Thompson. Shortly followed by Havana Heat, a steamy animation produced by world-famous duo mcbess and Simon of The Mill. Now, it’s time for Plenty to join the Good Books story and invite you into their “turvy, topsy world.”

We Need to Talk About Alice was premiered at an exclusive, invite-only event in Soho, London on the 24th September 2015 and received an overwhelming response. 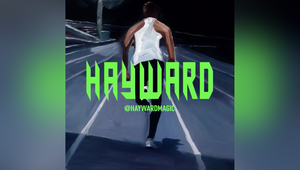 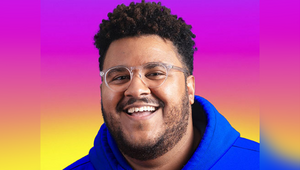