This Girl’s Take On This Year’s Cannes Lions 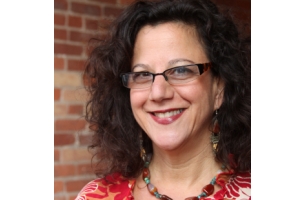 It’s 2015. The Lion has roared yet again, mighty in his assertion that yes – amid the talk of technology taking over our industry, of programmatic ads and addressable video and online ad exchanges killing all craft, of big data being the last word in general – the idea is still king. Or should I say, queen?

Yes, ladies and gentlemen, this year, the Lioness roared too. And gender equality was her topic.

#LikeAGirl from Leo Burnett Toronto. The Equal Pay Back Project from Droga5. This Girl Can from FCB Inferno. The Autocomplete Truth from Memac Ogilvy. And Touch the Pickle from BBDO India, which challenged taboos and shattered myths about menstruation. Did I mention it walked away with the inaugural Grand Prix Glass Lion?

Here’s where you might ask why, in 2015, our industry would need to create a category specifically to address issues of gender inequality and prejudice. Despite decades of global advancement, prejudice and discrimination towards women still exists today – in the C-suite, in the Senate, and in the creative departments of most agencies.

These campaigns are amplifying needed conversations in an authentic way. And in the process, they’re disproving any talk of advertising not being in service to humanity. But clearly, there’s still work to be done.

I’m reminded of Nike’s groundbreaking work in the early ’90s, created by Janet Champ and Charlotte Moore at Wieden+Kennedy. The conversation was started then. But the conversation fizzled. So let’s keep it going.

Kudos to Charlotte Watmough and Holly Fallows, first-time Cannes winners, for doing their part in ensuring the conversation continues with Cannes Lionesses, their just-created site that “celebrates female creativity to inspire female creativity.”

Maybe, just maybe, amid the flowing rosé, technology buzz and whatever brands Kim Kardashian is pitching, next year there will be an equal mix of women and men accepting lionesses and lions.