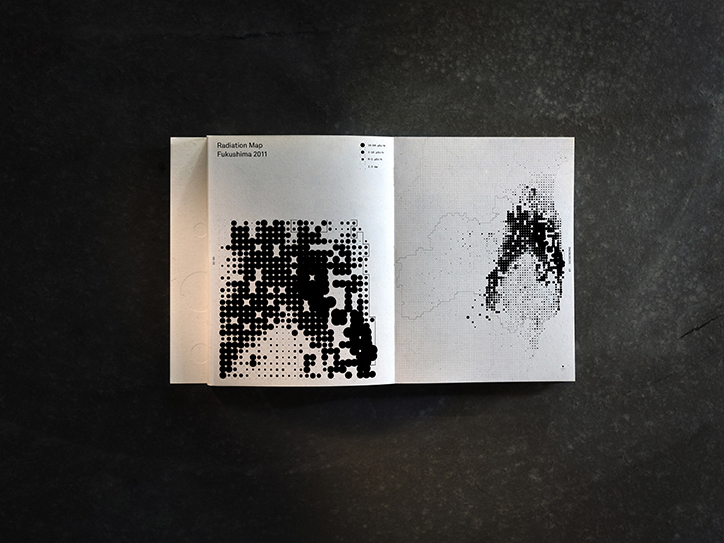 On March 11, 2011, a tsunami hit the Fukushima Daiichi Power Plant, triggering the meltdown of its nuclear reactors. The disaster had a devastating impact on the environment, with wind and rain carrying the radioactive material inland, and contaminating more than 25,000 hectares of farmland, in what used to be one of Japan’s most important agricultural regions.

Environmental technology specialists from METER have been working with Dr. Masaru Mizoguchi from The University of Tokyo and the NPO Fukushima Saisei, to develop a sustainable decontamination method that allows farmers to once again grow perfectly safe rice. Although the data proves that the rice is now decontaminated and therefore safe to eat, still no one buys it because they don’t trust or understand the scientific data.

So Serviceplan have collaborated with METER on ‘Made in Fukushima’, a book made out of rice straw from the Fukushima’s decontaminated fields. The aim of the book is to help people understand how METER’s decontamination method works, and reassure them that the rice from Fukushima is now safe to eat. This goal is achieved by turning the rice into the medium and the data into understanding. The book uses a wide range of resources to tell the narrative including; photography, interviews, reports, background information, data and its visualisation. 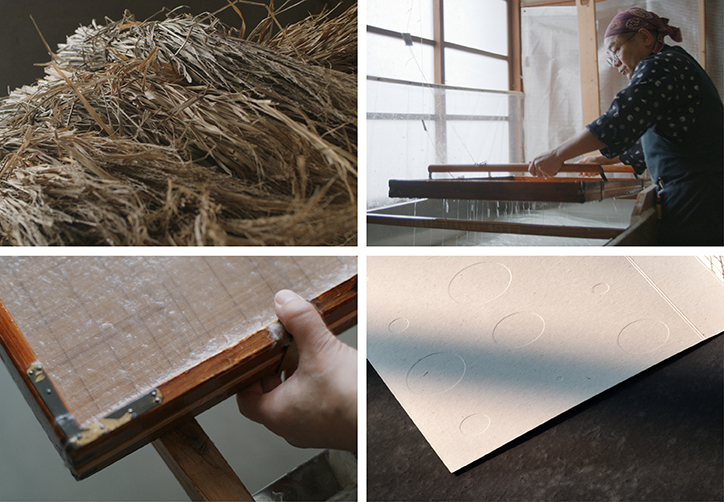 ‘Made in Fukushima’ is an integrated project designed to help farmers and communities in Fukushima recover from the seemingly irreparable impact of the 2011 disaster, by enabling them to safely farm and live off the land once more.

METER is a leading international technology company with its headquarters in Pullman in the USA. The business was established in 1982 to develop and manufacture measuring instruments and software for the agricultural, environmental and food-producing industries. Its customers include NASA as well as 94 of the top 100 US food brands.

Serviceplan has been on board in an advisory capacity since 2014, offering support across a wide range of areas such as product development, strategy, branding, naming (including the current company name) and communication. 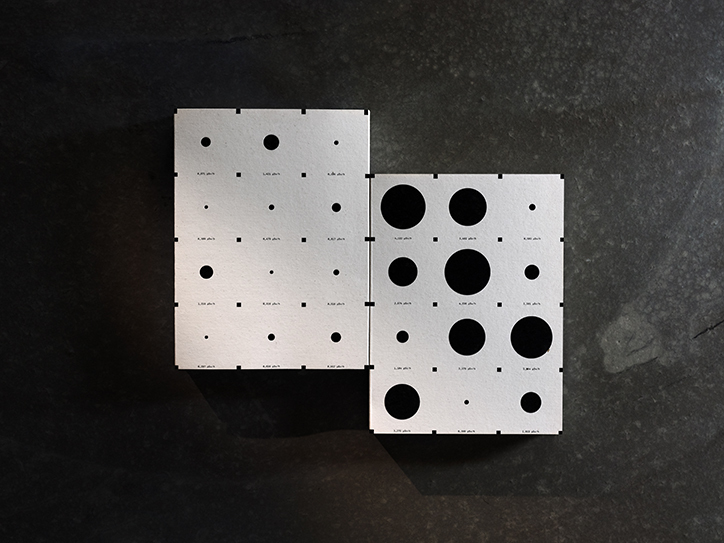 ‘Made in Fukushima’: The Book

The strategy was to turn complex scientific data into understanding, by making it tangible in the form of  book. As a leading scientific sensor company present in Fukushima since 1996, METER already had access to a lot of environmental and agricultural data, which was incorporated into the book. Through months of research, more data on science, demographics, economy and ecology from various sources were added. During visits to Fukushima, radiation data was measured which also became part of the book. The data was turned into understanding and tangible proof: By creating a book full of digestible information and data visualisation, made out of the rice straw grown on decontaminated fields in Fukushima. The rice straw was harvested, dried, cleaned, cut and crafted into paper. 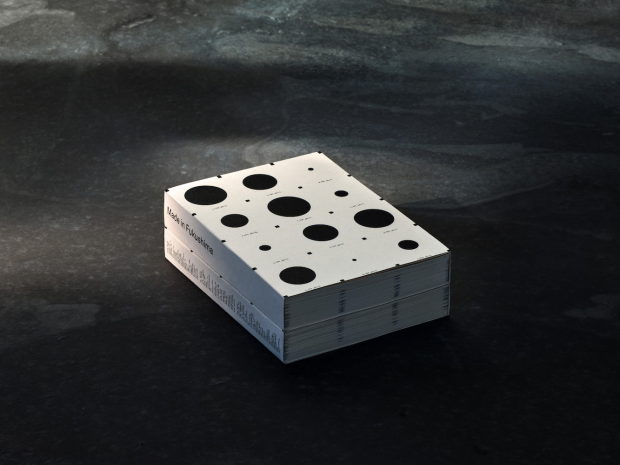 Each book contains 296 pages, made out of the rice straw grown on decontaminated fields in Fukushima. The rice straw was harvested, dried, cleaned, cut and crafted into paper. Paper experts worked together to produce unique paper that contains a visible part of rice straw without distracting from the content. The book tells the story of the region, the disaster and the decontamination, the farmers and their products. It relies on a wide range of resources: photography, historical images, interviews, reports, poetry, scientific papers, but most importantly: data, visualised through different techniques. From the cover to infographics, and even the Japanese binding inside pages of pages with photography, which were used to show the radiation at the locations the photos were taken. All in a distinctive and coherent aesthetic that combines traditional Japanese with modern design. Some visualisations and all inside pages were designed with data through processing.

More than two years in the making, Made in Fukushima was published in 2019 with a first limited edition. Books were sent to METER clients and decision makers in the environment and food industries, which led to ongoing conversations. After receiving dozens of requests from members of the public, the next edition of the book is in the works. In Fukushima, communities and businesses in Fukushima are regaining strength: More people are moving back, and the price of Fukushima rice and rice products is on the rise. The sustainable decontamination method is being adopted by more farmers and organisations and beyond 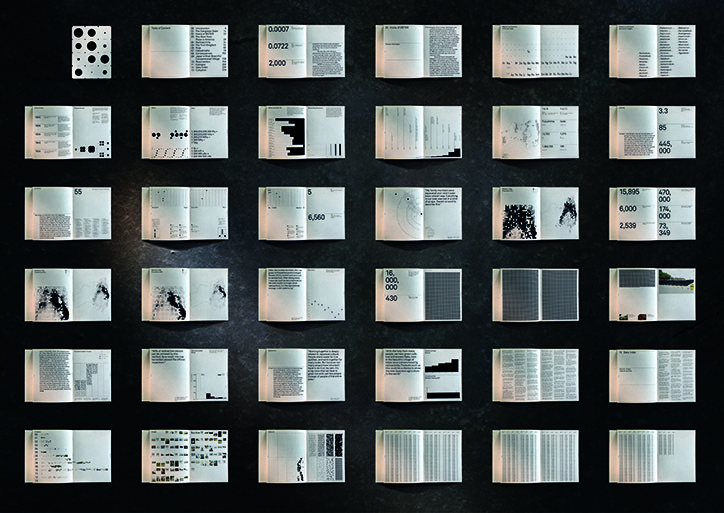 The official method used to decontaminate areas like Fukushima entails removing the top layer of soil from the entire area and replacing it with a mixture of grit and gravel. However, as the upper soil layer contains most of the nutrients needed for growth, this method isn’t suitable for agricultural areas. It also generates vast quantities of radioactive waste, which is then stockpiled in thousands of storage sites distributed across the region.

An alternative decontamination method that will once again allow farmers to cultivate rice safely has been developed by METER in a joint project with the University of Tokyo. This method is based on the discovery that it is possible to bind the radioactive caesium in the soil with clay. A simple physical trick can then be used to extract both substances from the soil: by flooding the field and ploughing the upper soil layer, the combined clay and caesium form a film on the surface of the water. This can then be drained off, dried and stored much more efficiently. This in turn leads to a 95% reduction in the volume of radioactive waste, as only clay and caesium are extracted, rather than the entire top layer of soil. This has finally allowed farmers to grow rice again on the resulting decontaminated fields – rigorously checked for food safety beforehand by a series of official and independent tests. 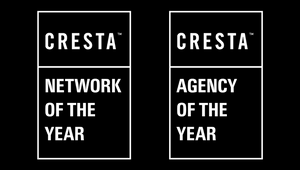