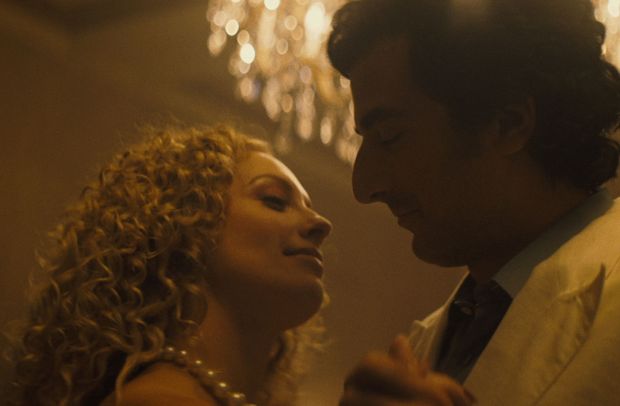 If you think of Canada your brain likely (and stereotypically) drifts off to vistas as wide as our eyes can handle flecked with snow-covered mountains, crystal blue lakes and a northern chill in the air. What we're guessing doesn't spring to mind is wine making. The fermenting of grapes into deliciously acidic boozy juice is more commonly associated with the climes of southern Europe, Australasia and South America.

But Canadian winemaker Inniskillin has something to say about that in this brilliantly produced campaign from Toronto agency Bensimon Byrne and Untitled Films director Hubert Davis. The 60-second film plays out like a movie trailer for an epic biopic of Inniskillin co-founders Donald Ziraldo and Karl Kaiser as they launch the vineyard and get denied a licence before an insane win over a French Beaujolais in a 1975 tasting competition. As a piece of period film it stays authentic to the era with its clever use of wardrobe, makeup and location, but manages to feel ultra modern in a way that wouldn't look out of place on the big screen.

LBB's Addison Capper chatted with Joseph Bonnici, executive creative director at Bensimon Byrne, and director Hubert to find out how they pulled it off.

LBB> What was the initial brief from Inniskillin and what were your initial thoughts when you saw it?

Joseph> We work on briefs in partnership with our clients so nothing was a surprise. We actually went back and rebuilt the strategic underpinnings of the brand before we even arrived at a creative brief. So it was all a very organic process.

LBB> What inspired the campaign to feel like a movie trailer? Why was that the right approach?

Joseph> This story deserves the style of a Hollywood movie trailer because you couldn’t have written a better plot for a movie. It’s all summed up in the very first scene where the French woman asks Ziraldo what he does. He answers, “I make Canadian wine”. She laughs as if it’s a joke and asks, “No really. What do you do?” Cut to a decade later and winning the most prestigious wine award in the world in France. A Canadian wine deemed the best wine on the planet. Incredible.

LBB> Why was Hubert Davis the right director to bring the story to life?

Joseph> Everything Hubert shoots is authentic to its core. He is a master documentarian and that travels to his commercial work where he is always looking for ways to bring truth to the screen. In the hands of the wrong director, it can all seem a little contrived. That’s never a worry with him.

LBB> Hubert, what was it about this script that made you want to get involved in it?

Hubert> As soon as I saw the deck I was pretty blown away - just at the scale of it. A period piece - an interesting narrative. It’s the type of work I’ve been wanting to do for quite a while. So it was an easy decision!

LBB> How did you find working with the movie trailer like approach to this campaign? As a director, how was it distilling this huge, historical story into that type of film?

Hubert> I absolutely love movie trailers. I started out as an editor and early on I cut a few trailers and absolutely loved the creative freedom of distilling a bigger story into a shorter format. A trailer allows for a lot of interpretation for the feel and tone of a project. You have to boil things down to what the key images are that really represent the story, or a short piece of dialogue that helps a viewer better understand the themes of the film. So as a director I took that same approach of figuring out some of those key moments in the bigger story to build our little film.

LBB> What was the research process like for this campaign? What was it like delving into the history of the winemaker? What were some of your best discoveries?

Joseph> We had several meetings with Ziraldo himself and also were able to speak with Kaiser’s family. That was incredibly helpful to understanding the spirit behind the brand. Inniskillin has also done a fantastic job at detailing its history. So delving into the history was fascinating. All of the twists and turns. All of the places where they overcame insurmountable odds. But the best discoveries revolve around the personalities of Ziraldo and Kaiser. Both men were visionaries. The energy captured by the film is really their story.

Hubert> The creative team at Bensimon Byrne (David Mueller, Gints Bruveris, Lorne Covant) had done a lot of fantastic research. So we started there, talking about the whole story. I sat down with the team and was really able to look at a lot of little details of the history of Inniskillin. There was so much stuff that would never make it into the film, but still helped inform what we were trying to get across. I also got to go out and meet with Ziraldo and talk with him. Because Kaiser had passed away, Ziraldo was the best and really the only resource to truly talk to about their story. I loved just sitting with him hearing his insights into wine and business - that gave me a great feeling for who he was and where the film needed to go.

LBB> It's a period story but the film still feels extremely modern and fresh - what kind of conversations did you have with Hubert to strike that balance and why?

Hubert> Thank you for saying that because that’s exactly what we were going for! I love the idea that the period piece would be reflected in the wardrobe, the art direction and the locations but the cinematography, the edit, the music should feel like a fresh look at that era. I thought the story was about reinvention - Ziraldo and Kaiser were really pioneers of Canadian wine making so the filmmaking should reflect that.

LBB> How did you ensure that you stayed true to the '70s and '80s, the periods that the film takes part in?

Joseph> We let our wardrobe stylist and art director go wild. It’s incredibly rare in the commercial world to get a chance to recreate a time period. So we hired some of the best talent in the Canadian production community and didn’t get in their way.

Hubert> We had a great meeting early on with key teams, the wardrobe (Georgia Groom), art director (Michael Walker) and hair & makeup (Raquel Atienza). Really the key contributors for getting the period right. We really combed through a lot of influences from Ziraldo and Kaiser themselves and recreated a lot of looks that we found in photographs and a short documentary that was made back in the late ‘70s. I also thought long and hard on the look and camera movement with our DOP (Kiel Milligan). We talked about a lot of different references. Ultimately, I found really everything comes back to Martin Scorsese! David O Russell, Paul Thomas Anderson, and countless others. We are all just borrowing from the master. Haha.

LBB> From a casting standpoint, you needed two actors to play two real people, as opposed to fictional characters. What was the process like?

Hubert> Yeah the casting process was an interesting one. We worked with Shasta Lutz at Jigsaw Casting and we actually found our Kaiser (Jeremy Burrell) first but finding our Ziraldo proved much more challenging. It was hard to find that blend of confidence and charm and someone who could pull off the era. I felt like if we didn’t get Ziraldo right the whole thing doesn’t work. And in walks our Ziraldo (John Tokatlidis) and we were all like… this is the guy. He was the very last person we saw. On the shoot, the real Ziraldo was there part of a day and we got a picture of John and him. I could tell Ziraldo approved so I knew we were on the right track.

LBB> And from an aesthetic point of view, what were your main aims and ambitions?

Joseph> Of course make it look beautiful! But more importantly I wanted it to have the energy and excitement of starting something - in the face of all odds. The wine’s origin story is interesting to me because it’s the balance of these two guys… a mad scientist and the ultimate salesman…and somehow that combination just works.

Joseph> Casting was crucial to the success of the film. It always is, but in this case finding the right Ziraldo and Kaiser was paramount to pulling this off. Secondly weather. We needed to shoot a lot of the spot at the Inniskillin Vineyard. It was very late in the harvest season and the weather at that time of year is rarely kind. Luckily, we had two gorgeous sunny days where the vineyards looked spectacular.

Hubert> I think the trickiest part for me is always wanting to shoot more! I love this style of storytelling where the creative team really gave me a lot of freedom and I didn’t want to stop shooting.

LBB> What kind of audience are you aiming to reach with this campaign?

Joseph> This is a brand with very high awareness with Canadians. One of the very few wine brands to achieve this. But younger adults may not be as in touch with the brand or its story. I think this campaign blows off any dust there might have been on the brand and gives a fresh perspective to its pioneering spirit. 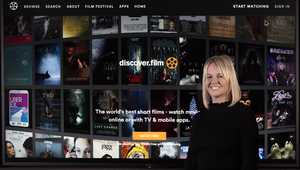 The Platform That Wants to Change How Short Films Are Perceived 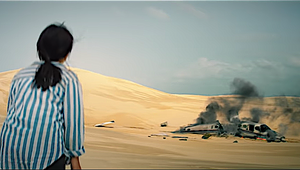 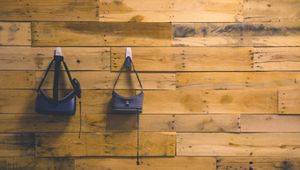 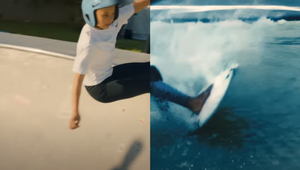 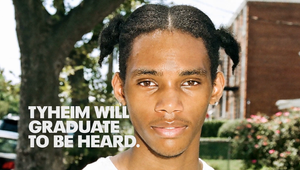 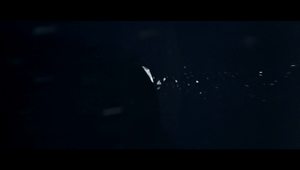 Under the Cover of Darkness 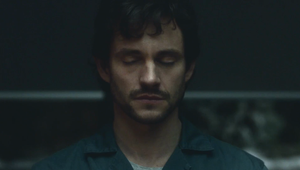 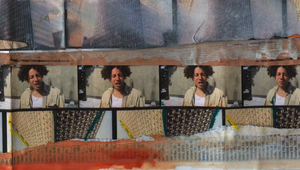