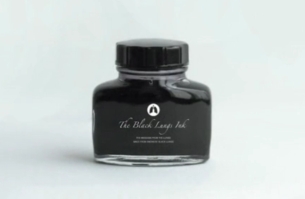 In Thailand, 142 people die from smoking every day. Research also shows that 90% of smokers, at least once, thought of quitting, but most of them never commit because they can’t see many of the harmful effects of smoking on the body.

Thai Health Promotion Foundation wanted to tackle the insight and launch an anti-smoking campaign that changes smokers' perceptions and raises awareness to give them more understanding about the harm of smoking, encouraging them to quit. By bringing the message from inside body to the outside for smokers to see.

“The Message from the Lungs” introduced the world’s first ink made from smokers’ donated lungs. By cooperating with Faculty of Medicine, Chulalongkorn University, BBDO Bangkok successfully extracted the black substance from smokers’ donated lungs and made it into ink. Then bottled and distributed them in public space for people, especially current and potential smokers, to see how smoking can harm their lungs and their bodies, encouraging them to quit sooner.

“The Message from the Lungs” became a huge talking point across Thailand. The topic generated more than 70M THB in earned media. The messages were also shared on social networks by more than 100,000 people. And most importantly, a large number of smokers were convinced by the messages to quit with the Thai Health Promotion Foundation’s quit-smoking program participants increasing by 500% compared with the same time last year.