This Anti-bullying PSA from Deutsch NY Will Really Shock You 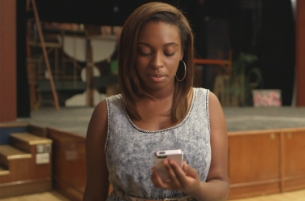 We’ve all been bullied at some point in our life, and every year, over 15 million teenagers are the target of bullying and the rise of social media has only exacerbated the crisis.

Deutsch NY partnered with Champions Against Bullying, one of the oldest, International non-profits passionate about "creating a society where every child has the opportunity to develop, learn and thrive in an environment without fear," to NOT ONLY raise awareness but TO DO something about bullying.

Through the partnership, a PSA was created using teens reading real posts left on bullied teen’s social media sites. It’s real and it’s raw. The key takeaway – don’t let it be ‘too late,’ we can put a stop to bullying now.

As Deutsch visited the social media pages of cyber-bullying targets who took their own lives, the agency kept seeing an outpouring of positive messages posted onto their pages and realized that if some of this positivity came earlier, things might have turned out differently.

The agency set out to make a video that would help teens understand that speaking up earlier matters and letting victims know that even if they aren't getting the support they need, doesn't mean that it doesn't exist.

Deutsch believed that only real posts left on bullied teenagers' social media could deliver the proper emotional impact - so messages were compiled from the actual social media pages.

In the end, a powerful PSA with an emotional, but important, message was brought to life – bullying can be stopped. At the end of the spot, we remind people to “Be nice. Now.”