Cohn was previously a senior leader at OMD's Ignition Factory 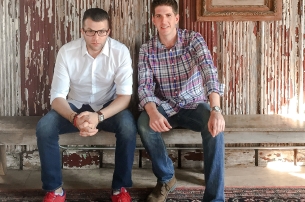 Thinkingbox has appointed Russ Cohn as their new Associate Director, Client Services. Based out of their Los Angeles office, Cohn will oversee the growth of the LA operation, as well as deepen the company’s capabilities and scope across the US market.

Cohn comes to Thinkingbox from his most recent role as a senior leader at OMD’s creative innovation unit Ignition Factory in LA. This role included conceiving and executing first-ever creative marketing campaigns for a roster of premier clients including CBS Television Network, The CW Network, and Google. Previous to his role at OMD, Cohn was part of a social media startup called DigiSynd which was acquired by The Walt Disney Company.

Amir Sahba, Founder and Chief Strategy Officer at Thinkingbox, notes that “Our success as a company stems from the fact that we employ driven team members whose skills span many disciplines. The people we hire are not only talented, but passionate about what we do, and Russ is no diferent.” With a large portion of Thinkingbox’s West Coast business based in southern California, Cohn is tasked with growing the LA office, and building upon this established success while creating opportunities for expansion throughout other categories.

“It is an honor to be part of a such a creative and innovative team,” Cohn says. “Thinkingbox is at the cutting-edge of digital technology and is constantly striving to create incredible, never-before-seen experiences for their clients. This is a great opportunity and I’m looking forward to the road ahead.”

Thinkingbox currently has three offices in Vancouver, Toronto and Los Angeles producing digital, content and experiential activations. They most recently launched the Warner Bros. Pictures’ Jupiter Ascending: Caine’s Quest WebGL experience, which was featured as The FWA “Site Of The Day” and was named the Best Movie Interactive Application at the 2015 Internet Advertising Competition Awards.