Thinking In Sound: The Joys of Silence with Wojciech Chołaściński

Wojciech joined Platige Image in 2016. At Platige Sound, he’s responsible for producing sound effects for animated content, commercials, and special projects. His credits include SFX work for the 'Fish Night' chapter from Netflix’s animated anthology 'Love, Death and Robots', sound design for the cinematic parts of the Roma Musical Theatre's 'The Pilots', and SFX work for a number of trailers for triple-A video game titles.

LBB> When you're working on a new brief or project, what's your typical starting point? How do you break it down and how do you like to generate your ideas or response?

Wojciech> First things first - if there is an animatic, stillomatic, or any movie content, I watch it several times to get the overall mood. If there is no film or mood board, I prepare ambiance sounds to what is written in the brief to get into the project.

Wojciech> As in life – sometimes it is best to work separately (or sometimes there are no other options) and meet at a certain point to combine the results. My preferred way of working is coworking with the composer. Of course, this is not a simple math equation, so we both have to be open to things we don't expect – if there are two minds, the result is always different than if one person did all. And as in life – sometimes work goes smoothly, and sometimes it isn't easy to compromise. As soon as both of us realise this is our joint work – not MINE or HIS, we reach the finish line faster. Music and sound design should complement, so when I prepare sound design, I always think of it as a part of something bigger. And as you probably know, sometimes it's difficult to say this is music, and this is an SFX because as a sound designer, I often work with synths and acoustic instruments, and being a composer, I know music is sometimes made of raw SFX. My Best collaboration was preparing sound for The Fish Night (from the Love, Death, and Robots Netflix series. Pawel Gorniak is a very talented composer and working with him is a pleasure (we collaborated on more projects, but this particular one showed we could work in a team for an extended period of time)

LBB> What's the most satisfying part of your job and why?

Wojciech> Working with an animated film always starts with an animatic/stillomatic (a film consisting of still drawn pictures, with essential music or reference music). I get more detailed 3D animations, and it can take months from this initial stage to the final movie/commercial. So initially, I don't know what the resulting movie will be. At the end of the work, I get a finished film and play music and my sound design along with it – this is the most satisfying moment. The second one is when it airs to the public, and everybody can see it. Or rather – most exciting. Satisfaction is when I realise that I somehow revive a movie with sounds and voices!

Wojciech> Sometimes I like watching old commercials to compare them to what we have nowadays, to realise nothing in particular has changed. I mean, sound's importance or role is and was the same. Techniques vary, but the core remains the same. I sometimes wonder how they achieve a specific result without a computer? Now it is a routine that you can save your audio session and open it tomorrow to make changes, and it sounds the same as the moment you closed it yesterday. They had to remember the mixer settings for each project and recreate it from scratch every time they returned to it.

Wojciech> Now that's a broad question! I've been working as a music radio journalist for ten years so I can talk about my musical fascinations for hours! Long story short – I like electronic music (from Kraftwerk, Tangerine Dream, Depeche Mode (oh, yeah!) to Prodigy, Future Sound of London and… BRIAN ENO!!!) and rock (King Crimson, Pink Floyd, Velvet Underground, The Cure, U2, Sonic Youth) and Indie music like the 80s music from the 4AD label. My audio heroes are Daniel Lanois and the mentioned Brian Eno, Flood. Still, my overall favourite music producer is Alan Wilder – both from his Depeche Mode days and his solo Recoil career.

Wojciech> Reading books about Depeche Mode, I realised Alan Wilder is my overall hero. As I said before, his influence on the Depeche Mode sound and the engagement in creating his solo sound are impressive. AND the solo albums are produced (musical and audio-wise) the way you have to collect your jaws from the floor every time you listen to it!

LBB> When you're working on something that isn't directly sound design or music (lets say going through client briefs or answering emails) - are you the sort of person who needs music and noise in the background or is that completely distracting to you? What are your thoughts on 'background' sound and music as you work?

Wojciech> Well, I like… silence. Yeah, nothing else can make me focus on the brief. But when I drive a car (or while jogging), I always listen to the music… and it's… loud…

LBB> I guess the quality of the listening experience and the context that audiences listen to music/sound in has changed over the years. There's the switch from analogue to digital and now we seem to be divided between bad-ass surround-sound immersive experiences and on-the-go, low quality sound (often the audio is competing with a million other distractions) - how does that factor into how you approach your work?

Wojciech> Well, I have to think my work can be played both on a hi-end cinema equipment, Home cinema, and a smartphone speaker. Of course, I must focus on the best quality, but it should be compatible. Mono/stereo (or any kind of surround). But this is not new – there was always better and worse consumer equipment. I guess engineers in the past had to be aware of more things like problems with high or very low frequencies on low-quality vinyl. As I've learned from some 70s Polish stars, it was a common issue here, and engineers had to consider it at the mix/master stage).

LBB> On a typical day, what does your 'listening diet' look like?

Wojciech> Haha, this is changing year by year. This year or even the last 15 months is my trans/house time! Yes, as I said, I listen to music mainly while driving or jogging. So I always find a good DJ set and listen to it. I often return to Above & Beyond Group Therapy, especially their #400 edition. It's is real fun, which makes me run faster and faster -)

Wojciech> I've just sold my 30 year old CD collection (about 500 CDs – I could tell you a story behind each of them… I realised I mainly listen to music in my car or while running, so the collection became a dust collector…When it comes to music, I'm a spotify-er… But when it comes to self-created sounds or sounds created by others – I'm an HDDer!

Wojciech> I'm very keen on railway modelling! And railways! It influences me a lot – the industrial metal sounds, engines, horns with Doppler effect… mmm, delicious! I also am a runner (long-distance trail races or obstacle course racing) – all of these activities are related to nature, and yes, nature is full of influential sounds! Forest, mountains, animals… But when I think about books or paintings or architecture, those have no impact on my musical/sound world.

LBB> Let's talk travel! It's often cited as one of the most creatively inspiring things you can do - I'd love to know what are the most exciting or inspiring experiences you've had when it comes to sound and music on your travels?

Wojciech> I'm in a bicycle group, and every year we fly abroad to explore a new country on a bicycle. It's completely different from traveling by car (in a closed box). First of all, you can feel all sorts of smells, wind, rain… Meeting people on a bicycle is lots easier, too. People mean culture, meaning music, the sound of language… local cuisine. It's very influential! Once, we were in Armenia. It was in  2011. I saw a plain ZIL truck, but its engine sound was so distinct that I wanted to recreate it later. Unfortunately, I failed, but then I bought a sound recorder so as not to miss an exciting sound in the future. I've always taken the Olympus LS100 with me from that time :-)

LBB> As we age, our ears change physically and our tastes evolve too, and life changes mean we don't get to engage in our passions in the same intensity as in our youth - how has your relationship with sound and music changed over the years?

Wojciech> When you are 17 and keen on music, you react 0/1 to what you listen to. You like something, and other things are crap. I've spotted that over time, I can think of not my kind of music and see craftsmanship in it. I can step out of my bubble to see other musical styles to evaluate good production, mood, or the performers' engagement. And yes, I dive deep into music I like. I'm often thrilled with new music. I'm a person who looks forward to seeing new things. Of course, I'm anchored to the past, but I can appreciate the new! 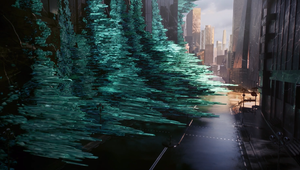 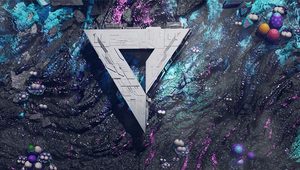 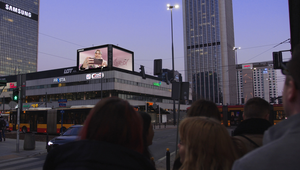 Thinking In Sound: Sabina Pająk-Maciaś on Hearing the Written Word
View all News 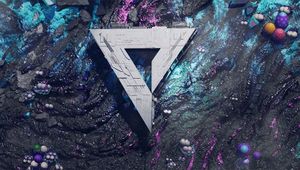 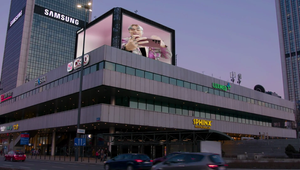 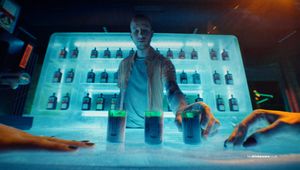 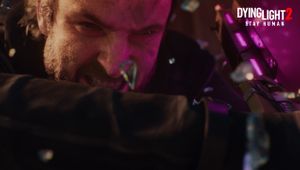