The Influencers 523 Add to collection 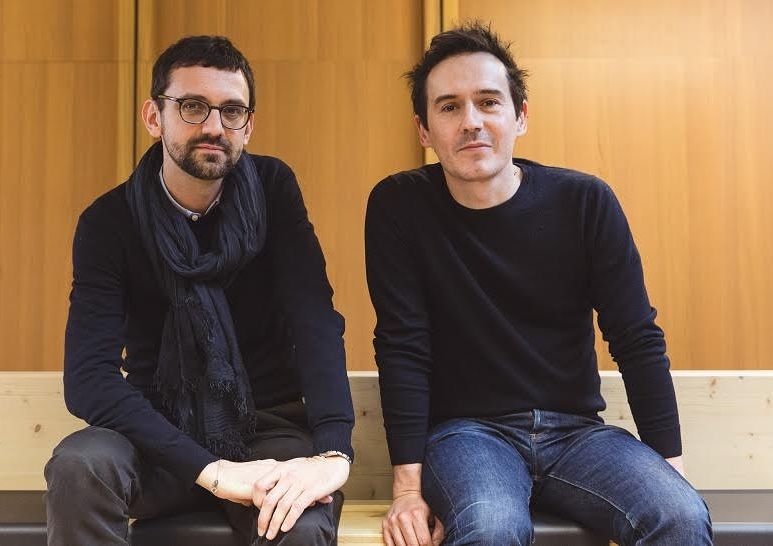 Teens. Do you get them? Well, we don’t. Or actually we didn’t until a few months ago, when we decided to embed ourselves with French teenagers for a few months. The objective? To get an inside look into the way they use and behave on social media. We went to their homes, spent time with them, their group of friends, in cafes that they like around Paris and everywhere else in France. Oh boy, were we surprised!

That’s why we decided to create BETC Teens, our new taskforce dedicated to better connecting to this surprising and forward thinking generation – who have a spending power of more than $44 billion in the US and almost $12 billion in France.

Feeling lazy & distracted? We put together a quick video recap of our findings below.

If you have five minutes more, and want to be the coolest mum or dad at the dinner table tonight, here’s a list of the top 6 things that we discovered on this ethnographic journey with 47 French teenagers from 12 to 17 years old.

It’s easy to talk about an addiction to phones, computers and screens. But whenever teens talk about social media, they talk about keeping up with their friends. In other words, their mobile is an extension of the playground. Ask them, for instance, if they would prefer to be deprived from their phone or be grounded at home. Almost all of the teens said: “I’d rather get deprived from my phone”. Another hint of how much friendship matters: look at their Instagram bios. It’s homages to their besties, their BFF, their soul mates - mixed with the right emoji. The ultimate proof of friendship today is giving away your password to your BFF. Can you imagine the trust you have to put in someone to give away your whole social life? Well, that’s how much they care about friendship.

Dana Boyd, the Microsoft researcher and assistant professor at NYU, doesn’t say anything different in her latest book, It’s Complicated: "Listening to young people talk about social media addiction reveals an interest not in features of their computers, smartphones, or even particular social media sites but in each other."

French teens know a thing or two about privacy: almost all of our panel had a private Instagram account. Why? Because they all have stories of friends who were burned by mistakes made on social.

And if you spend enough time with them, they might even show you their Finstagram (which isn’t what they call it, by the way!): a secret anonymous and multi-handled Instagram account where they really go wild, post jokes and embarrassing pictures of each other. But if you’re not part of the closest crew, move on, you’ll never be accepted. It’s for their friends’ eyes only!

3. Friendship is measured in streaks

Well, this one was really surprising to us. For teens, Snapchat is basically a chat (it’s in the name, stupid!) and they use it as a one-to-one communication tool. But what’s more important is to keep the streaks alive. What do we mean exactly? Whenever you send Snaps to someone without any interruption for 10 days, you get 10 streaks. And if you miss a day, the streak disappears. They’re gone. Like, forever! It’s teens’ biggest obsession. To the point where Noemie, 15, told us: “One day, I didn’t have my phone for an entire day and I almost lost my Snapchat streak. Now I ask a friend to maintain it if I can’t do it myself."

Think Anna Wintour, but for their own little daily life. They delete pictures on Instagram whenever they don’t make sense anymore (or if they don’t get enough likes or come with a hashtag in the caption, which is totally lame right now by the way!). And before posting, especially if you’re a girl, you’ll have to get the approval of your editorial committee.  This means that it’s relatively common for a teen to have 900 followers on Instagram and only 10 to 15 pictures on the account.

5. They have adblockers in their head

They don’t pay attention to ads on social networks, because they’re only here for their friends. It doesn’t mean they don’t care about brands; it’s just that it’s not their purpose for being there. That’s why they’ll value native advertising formats, like Instagram ads in their feeds or lenses of Snapchat. It’s seamlessly in their scrolling process and it can even give them some more creative ways (see me as a baby or a barking dog on Snap) to show off to their friends.

6. Likes don’t matter, except if there are none

As Sixtine, 17, puts it: “I won’t be upset if a friend doesn’t like my photo, but it’s normal to like your friends’ pics.” Obviously, they won’t admit that they’re chasing Likes and comments… But you know, they consider it normal, even mandatory, to like your friends pictures and vice versa. That’s why Likes are not considered a huge form of engagement. Listen to Lisa, 15: “When I like pictures in my Instagram feed, it doesn’t mean that I looked at the picture or found it interesting, it’s just a reflex”.  To show you care, a comment (or several) will be much more appreciated. For your BFF’s selfie, “So pretty” and tons of heart emojis will be just fine!