VMLY&R developed the campaign with THINK! to help more young men to intervene on friends who plan to drink drive 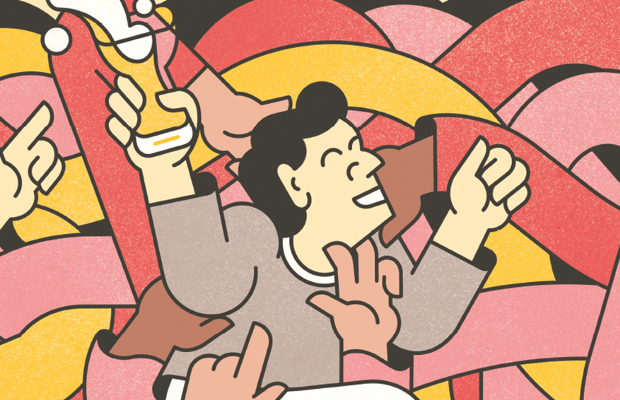 Government research has revealed that a third of people don’t think it’s important to intervene if someone they know is planning to drink and drive. While the majority agreed that drink driving is unacceptable, only 64% said it was important to step in to stop a friend drink driving.  That number drops to 45% for young males.

Figures show that 60 young drivers aged 17-24 are killed or injured each month in the UK while found to be driving over the legal alcohol limit, and young males are overrepresented in alcohol related deaths and serious injuries on the road.

To address this problem, THINK! has launched a campaign calling on young men to intervene and ‘Pint Block’ their mates. The campaign uses social and online video, and messaging in pubs, bars and sports clubs, to bring the message to life through a series of humorous and surreal interventions. This follows a move in recent years to focus THINK! activity on young men aged 17-24, who are four times more likely to be killed or seriously injured on the road than drivers aged 25 or over.

To launch Pint Block, THINK! has commissioned 60 unique Pint Block illustrations by young artists from across the country – one for each of the 60 young drivers killed or seriously injured when found to be driving over the limit every month in the UK. The Pint Blocks, which involve everything from Mexican waves to mosh pits, are a tongue-in-cheek way to spread the message that it's ok, and indeed important, to step in and stop a friend from drinking alcohol if they are intending to drive. 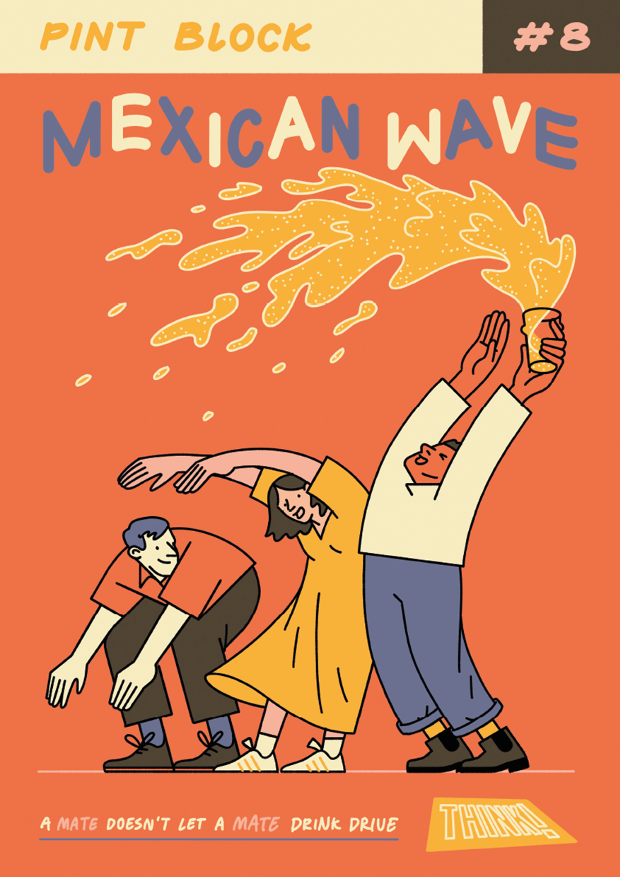 The illustrations will be showcased at an exclusive THINK! pub takeover in Birmingham on 18 February where, for one night only, pub-goers will be introduced to the concept of Pint Blocking in highly original ways, with zero alcohol drinks provided by Heineken. 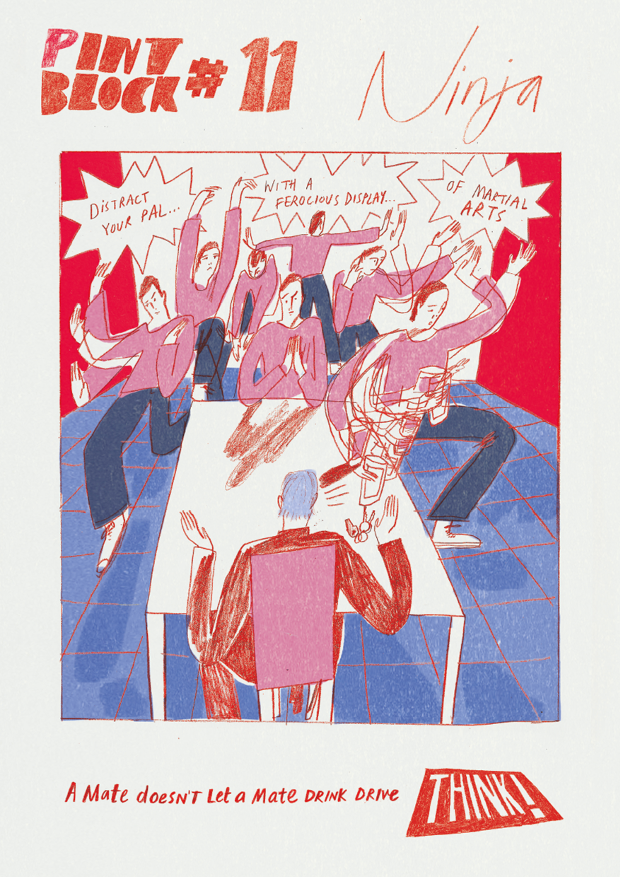 Transport Secretary Grant Shapps said: “Those who drink drive put both themselves and others at risk. While there has been a long-term reduction in drink driving since 1979, we are determined to reduce this number even further.

“Our THINK! Pint Block campaign is about empowering young men to step in and stop their mates drink driving, but it also carries a message for all of us that it’s important to intervene if someone we know is planning to drink and drive.”

Liz Brooker MBE, chair of road safety Great Britain, said: “Road Safety Great Britain fully supports the THINK! Pint Block campaign. Someone who gets in their car after drinking is a risk to themselves, and all others on the road, including their friends. This campaign highlights the role everyone has to play in reducing the number of people who drink drive, using the power of friendship to encourage safer driving and the need to protect those we care about.”

Angela Appleton, senior brand manager Heineken Low and No Alcohol, said: “We are committed to backing initiatives like THINK!'s new Pint Block campaign and ensuring that anyone who is planning to drive does not drink any alcohol. Friends have a key role to play here, watching out for each other and making sure designated drivers always stay on the soft and zero percent drinks for the evening.” 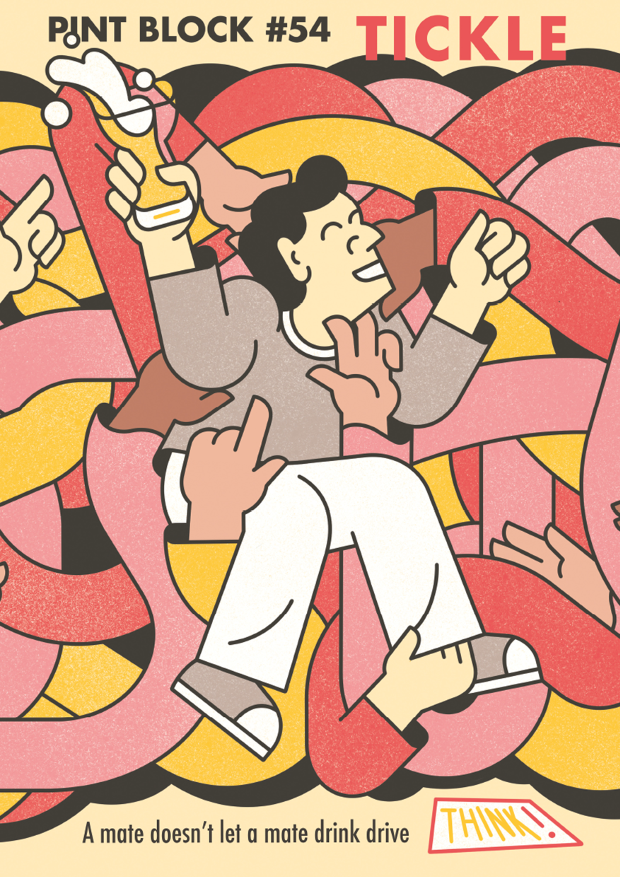 Pint Block builds on THINK’s award-winning Mates Matter campaign – which saw the biggest shift in more than a decade in young men’s attitudes towards drink-driving. The campaign is being rolled out with the support of partners including the County FA through its grassroots football clubs, Heineken Zero, Drinkaware and insurethebox which specialises in black box insurance for young drivers. The campaign was created in collaboration with brand and customer experience agency, VMLY&R.