THINK! Campaign Introduces the 'Road Whisperer' Who Says It's Okay to Be Nervous

Created in partnership with VMLY&R, the films will be broadcast online and on social media 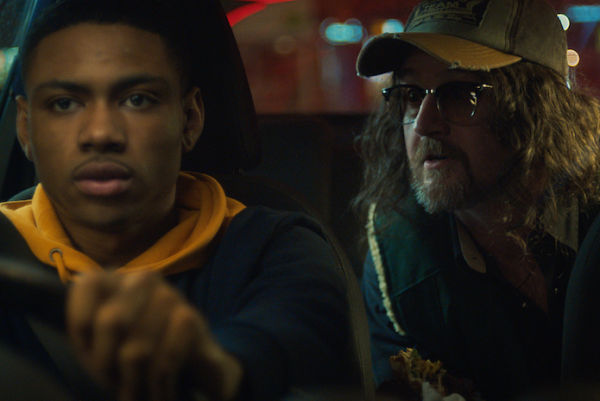 It's only natural for new drivers to be nervous, but confidence comes with real road experience – that’s the message from the Road Whisperer in a new campaign by THINK!.

The Jeff Bridges-style character, with a distinctive Southern American drawl, will feature in a series of films and GIFs throughout March to give new drivers tips that will help them deal with the challenges of driving solo.

Road safety minister Jesse Norman said: “Everyone feels some nerves when they’re on the road for the first time, but it takes a good driver to admit it.

“Confidence comes with time and practice, so it’s important to keep learning and build up experience to become a better driver.

“And that commitment to keep learning is what this THINK! campaign, with its tips and guidance, aims to create.”

The films will focus on a series of tips relating to situations where new drivers feel vulnerable or have the highest road casualties, including driving at night, and on country roads and motorways. Advice will also cover tyre safety and looking out for vulnerable road users, and all tips will be delivered in the Road Whisperer’s signature style.

The Road Whisperer said: “We were all fresh to the roads once. When I started out, I was as nervous as they come!

"Young folks need to know it’s a long road of learning after you pass your test, so go steady. I didn’t learn how to play the guitar like Keith Richards overnight.”

Recent research commissioned by THINK! found that 17-30 year-old male drivers often feel vulnerable on the road, believing that while you only really start to learn how to drive after passing your test, you still need to appear confident in front of other people.

The films, created in partnership with marketing agency VMLY&R, will be broadcast online and on social media during March, while the Night Driving film will also be shown in cinemas. Night Driving and Country Roading are available to watch now, with Vulnerable Road Users and Rain set to premiere later in the month.

The New Driver campaign builds on THINK’s award-winning ‘Mates Matter’ campaign – which saw the biggest shift in more than a decade in young men’s attitudes towards drink driving. It encourages young men to set new ‘man’ standards by accepting their inexperience and not giving in to the perceived pressure to perform.

These hard-hitting THINK! campaigns represent just one of the measures the Department for Transport is taking to improve road safety, particularly for younger drivers. Their upcoming road safety action plan will include further details.