Director Matt Dilmore gets down and dirty for new campaign 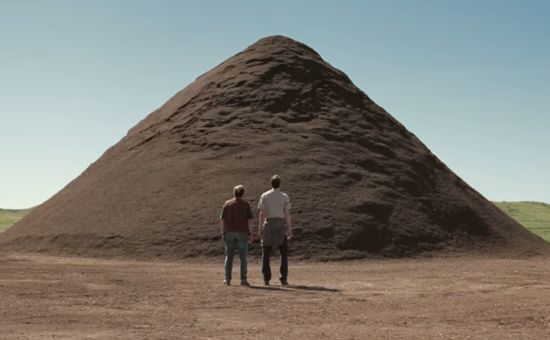 Barton F. Graf 9000 are getting dirty with their new launch campaign for Nature’s Care Organic Garden Soil brand for their client, The Scott’s Miracle-Gro Company – but not in the way you think. The product is celebrated in the spots with a 40-foot-high monument of dirt, two regular guys dryly commenting on it, and the tagline, “That’s some good dirt.”  In a category that usually puts the emphasis on storybook vegetable gardens, Barton F. Graf 9000 wanted to make the dirt pile the hero instead.

The :30 “Can I Touch It? launched on TV on Monday, and the spots “Wet” and “Colors” will air 4 weeks from now. The integrated campaign also includes a series of New Yorker-like cartoons on Pinterest that are a juxtaposition to the shiny world of garden infographics; and in April, they’ll do a funny take on the giveaway sweepstakes: whoever guesses the amount of dirt in the pile wins it.