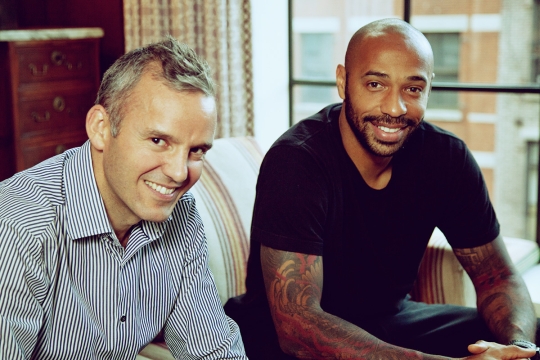 Grabyo’s real-time video platform allows broadcasters and content rights holders to drive and monetise social media engagement around TV. Fully scalable and cloud-based, it enables them to instantly create and distribute real-time video clips, with integrated sponsorship and advertising assets, across the web, social mobile apps and third party video platforms. Grabyo has strong reach across the social and video ecosystem including partnerships with Facebook and Twitter, giving Grabyo’s customers a digital audience of billions.

Since launching last year, the company has worked with over 30 major broadcasters and rights holders - bringing consumers near-live highlights from some of the world’s biggest events in sport and music. These include FIFA World Cup, La Liga, Wimbledon, ATP World Tour, The Ryder Cup, UFC, UEFA Champions League and the BRIT Awards. Grabyo is also now building partnerships with a number of football clubs in addition to partnering with innovative global brands.

The involvement of star talent will further support Grabyo’s growth across Europe and North America as well as enable Grabyo’s partners to capitalise on the changing dynamics within the global media industry.

“From global sports stars and musicians, to Hollywood actors and supermodels, the number of famous faces with millions of highly engaged fans on social media is staggering,” continues Gareth Capon. “As more people are able to enjoy video across social platforms such as Twitter and Facebook, the involvement of star talent will open up new distribution opportunities for broadcasters, rights holders and brands.”

"Being away from London makes it harder to keep up with what's happening in European football," comments Thierry Henry, "Grabyo makes it easy for fans to follow the action by making the best moments available in an instant. I am looking forward to helping the company grow."

Grabyo’s customers include some of the largest commercial broadcasters in Europe, including BSkyB, ITV and Channel 5 in the UK. Grabyo has seen a significant increase in reach, engagement and video views since moving premium partners to native formats - auto expanded video with one click playout on Twitter and autoplay video in the newsfeed on Facebook.

“Having leading stars in global sport backing us is testament to the momentum we’re now enjoying as demand for real-time video accelerates,” comments Gareth Capon, CEO, “Premium rights holders now recognise the value of making content available wherever their customers spend their time, which is increasingly on social platforms via a mobile device. Meanwhile, brands increasingly want to align with premium video content and engage consumers at scale. As a result, video, mobile and social are the most important growth sectors of the global advertising industry – and Grabyo sits across all three.”

"Videos and photos are my most popular posts on Twitter and Facebook," comments Cesc Fabregas. “I am looking forward to working with Grabyo to bring video highlights to my fans in real time."

“The fans are on Facebook, YouTube and Twitter – this is where the engagement is and brands want to be a part of that conversation,” comments Tony Parker of the San Antonio Spurs.