These Easter Röck Chicks Sure Know How to Jam 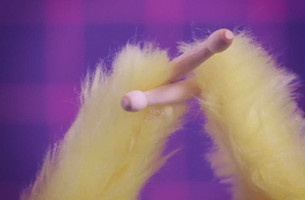 Nexus director George Wu and agency Borkowski has created an alternative Easter message for this year’s Download Festival (June 12 – 14). The video sees a band of cute and fluffy Easter chicks don outrageous personalities and rock out to ‘hair metal’ tracks whilst storming a miniature stage and recreating some of the world’s most iconic rock moments. The 1 minute film launches online today on YouTube.

Opening with an innocent looking chick tweeting away on a pastel coloured farm set, the vibe very quickly changes when our chick is introduced to a beautifully hand-crafted miniature guitar. In the style of a classic MTV video, the lights dim, the spotlight goes on and we cut to the close up; entering into the secret life of Röck Chicks. With miniature instruments and bottles of chick beer, birds flipping the bird, and scarecrow groupies, our heavy metal Hens rock out to reveal 80’s style motion graphics – Happy Easter from Download!

Director Wu commented: “What a project! When we first received this brief I was very unsure of how to get little cute chicks to look like they are into Judas Priest, but the chicks were very professional. They needed no notes from the director, in terms of giving the hard core metal sneer, which is very impressive for 2 day old actors. We furnished them with doll house size instruments, skeleton scarecrows and an Easter egg stage and they did the rest. This is definitely THE band of 2015. I’ll be selling Röck Chicks shirts on their next tour.”