The campaign, from SuperHeroes, used the same charcoal from cooking burgers to create the print 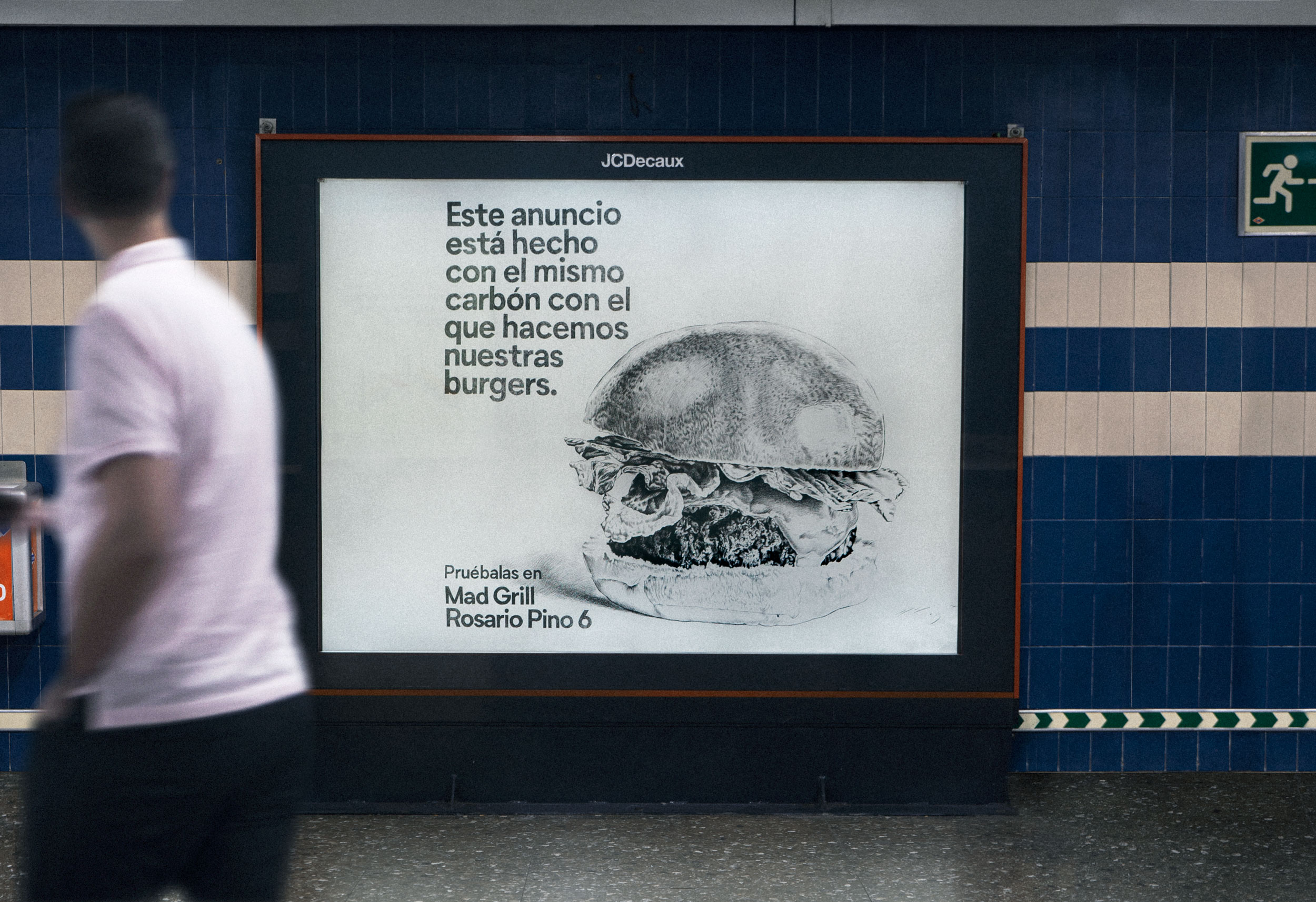 Mad Grill is a burger restaurant that opened in Madrid in 2010. Ever since the opening, the restaurant became the go-to-place for burger lovers. A few years later, the hype of gourmet burgers is still on the rise in Madrid, with new burger restaurants opening all around the city.

They needed to remind local burger lovers that, even if there are tons of new places in town, Mad Grill remains to be one of the few to use real charcoal to grill their burgers. A significant difference that makes them better from all the other burger restaurants.

Mad Grill asked hyperrealist artist Daan van Doorn to draw a print ad with the exact same charcoal used at the restaurant to grill their burgers.

The hand-drawn OOH ads were placed in metro stations in and around Madrid and quickly became very popular among burger lovers and press.

Daan van Doorn is a prestigious hyperrealist artist who has painted portraits for numerous of renowned people worldwide, including the Dutch Royal Family. His work has been exhibited in some of the best museums across Europe, including the National Portrait Gallery in London and the Stedelijk Museum in Amsterdam.