For the land of smiles, Thailand sure knows how to produce some stirring ads and there’s nothing quite like an effective PSA to get us in the mood for some emotional overload 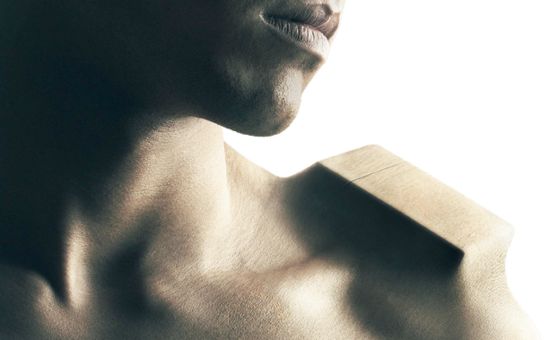 Because public service ads typically tend not to be high on the Thai government agenda, they can be tricky to track down, with many actually never seen.

With little or no budget assigned for this category it means much of the Thai PSA work that really stands out can be blamed for feeling like scam for awards. But, for the ones that are genuine – or perhaps, even for those that aren’t – there’s still something to be said for the small budget verse big ingenuity on display.

For this reason, LBB's Larissa Meikle goes in search of some of the most striking PSAs, asking Bangkok’s senior creatives for their top pick of effective and quirky spots.

Thailand Glaxo SmithKline Quit Smoking Foundation is a consultant for people who want to quit smoking.

The "It’s In Your Blood" idea is simple and impactful, for "Head" and "Shoulder", utilising the behaviour of the Thai smokers who have stuck with smoking. Therefore, this not only wins at the awards but it also wins over the consumer’s perception. 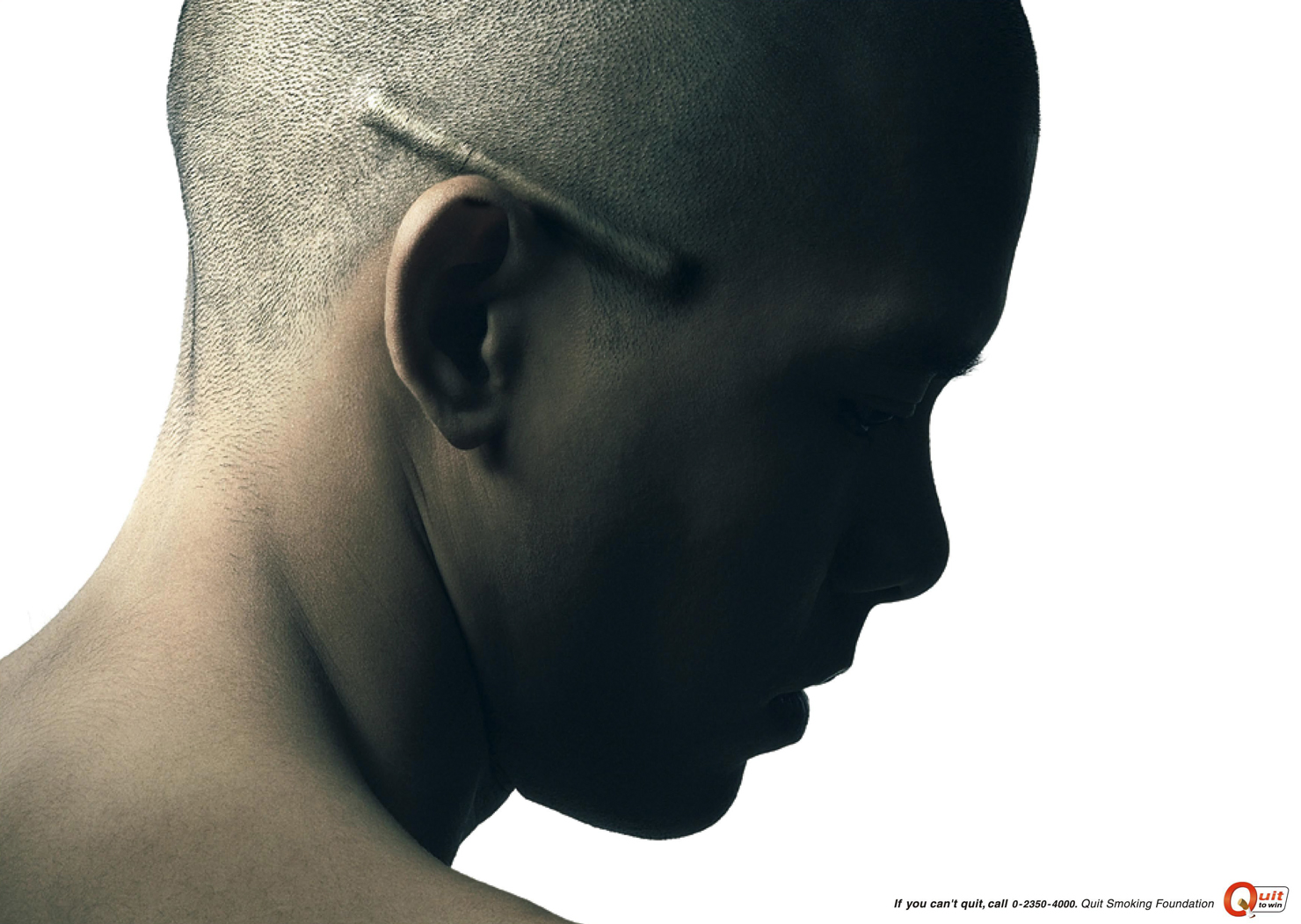 My pick is a rather old one from Saatchi & Saatchi, dating back to late 2004.

It’s a TVC I had the honour to judge during Spikes back in 2005. To this date, I still remember it as it always stuck in my head as a wonderful example of creativity at its best, especially for such a serious matter.

The spot is called ‘Delayed’ and highlights the effect of alcohol over one’s reaction timing in a very clear, humorous and self-explanatory manner. But more importantly to me, it encapsulates everything good about the euphoric moment through comedy and pulls the rug in a shocking manner as any driving accident in an intoxicated state would. You have a laugh, followed by more laughter and then your jaw drops and that to me is what makes it a highly effective ad (and message).

This is a special radio program designed to help cancer patients to stay calm from pain. It’s called "Healing Wave Project” by Chulabhron Hospital together with Healthy Life radio 104.5 FM transmitting specific hertz of music nationwide daily, cancer patients all over Thailand look forward to this radio program very much.

This is not just about providing an alternative therapy, but to those patients, it’s really about raising hope to fight against this deadly disease in their hearts. Listeners call in live to share their good stories and listen to hope together everyday.

Tricky area. I have to confess I needed to Google these, because Public Service per se tends not to be too high on the agenda of the Thai powers that be. So the two I’ve chosen were probably created without an actual client or a real brief, and sincere apologies if I’m mistaken.

Even if there was no client for the 'Child Smoker' video, I did actually see it in real time, real life (as opposed to on a jury) because it went viral. Very cool idea indeed, reminding people of their own hypocrisy (and mortality).

I don’t even know if there is such a thing as the Thai Society for the Prevention of Cruelty to Animals. I know there’s a Soi Dog Foundation but as an animal lover, their campaigns disturb the hell out of me. I know they’re supposed to but there comes a point where the brain is shocked into shutdown. 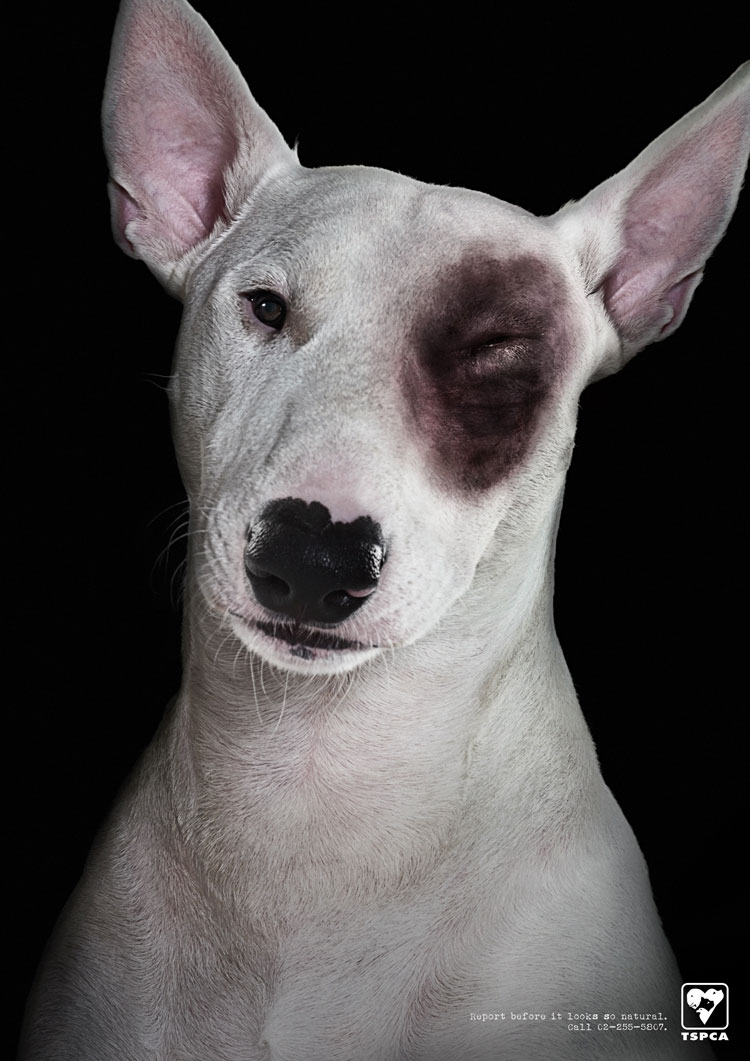 This ad for the TSPCA addresses the problem much less brutally. I can only guess at the relative efficacy of the two approaches to animal cruelty, but it highlights how difficult it is to pitch these highly charged emotional areas just right, without risking losing your viewer.

Violence against women and children has been increasing steadily in Thailand. The statistics show that every hour, at least three women and children become victims of domestic violence. And the nature of the crime is such that it’s often hard to track.

Foundation For Women with Dentsu Plus, Bangkok came up with an effective way to tackle it – get people to monitor the problem in their own communities. We asked Major Cineplex - the most popular cinema in Thailand for cooperation in transforming the routine soundcheck in their cinema halls into something more meaningful.

Every child has a smile, but for those born with a cleft lip, they think their smiles are ugly. So they never smile, and as a result, they struggle to make friends. BBDO Bangkok partnered with Operation Smile, a global foundation that raises money to perform cleft surgery on children in need, to demonstrate the power and beauty of a smile, raising awareness and much-needed donations.

We were so excited to produce this campaign and to help make a real difference. We found that using an optimistic approach and avoiding the usual tear-jerking campaigns really stood out for Operation Smile and helped raise funds for many, many surgeries.


Not all the saddest ads from Thailand are from PSA’s - to check out some brands that have jumped on the emotional overload bandwagon, click here

Here’s one to get you started:

TrueMove – Giving is the best communication

Even though its not strictly a PSA, it’s borderline PSA with its ‘good behaviour’ feel. I love the production quality of this film. It feels absolutely real from beginning to end. There’s no need for a bizarre or wacky twist. Its truth and humanity keeps you engaged throughout. And when a big brand can do that without getting in the way, I can’t help but admire them for it.