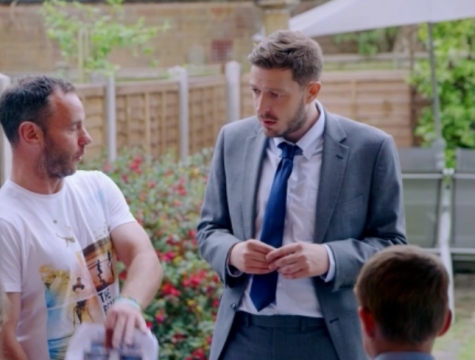 Uncle Ben’s believes that every child should be able to cook as well as they can read and write.

However, 1 in 4 British parents never cook with their children. So millions of kids are growing up without the cooking skills to look after themselves in the future.

To help change this, Uncle Ben’s has launched Ben’s Beginners. It’s an initiative aimed at getting kids and families back in the kitchen cooking together.

At the centre of the campaign is a YouTube channel delivering fun and engaging cooking content. The channel will feature a series of weekly shows hosted by DJ BBQ where he shows seven YouTube stars how to cook a simple, delicious meals. This is supported by a set of videos where Lisa Faulkner teaches kids the basic skills they’ll need to follow the recipes.

As Ben’s Beginners ambassador, the celebrity Masterchef winning mum will also be encouraging kids to enter a cooking competition to show what they’ve learned. Uncle Ben’s is also giving kids across the country the chance of winning £10,000 worth of cooking equipment to transform their school kitchen, by sharing what they have learnt and entering a competition on the channel.

The campaign begins with a provocative online film to raise awareness of the issue of disappearing family cooking skills.