There’s Nothing Funny About Tesco Mobile 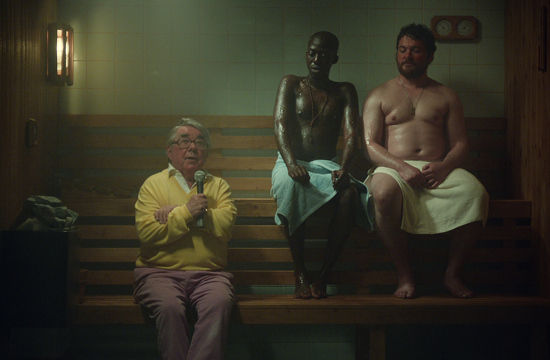 Whilst there are few things more devoid of humour than the Tesco Mobile product offering, the brand found that some people did not see it as a serious mobile choice.

In its brave and innovative new campaign, Tesco Mobile decides to confront the misconception head on.  It stops the laughter and proves it is no joke by enlisting some of the UK’s best comedians to communicate there is just nothing funny about Tesco Mobile.

Launching across the UK this week, comedians Ed Bryne, Gina Yashere and Ronnie Corbett join Tesco Mobile to uncharacteristically shut down the laughter and help dispel the myths about the brand.

The campaign, created by Wieden+Kennedy Amsterdam, launches with a series of TVCs that see the comedians come to the rescue of Tesco Mobile consumers in everyday situations, saving them from ridicule by dryly pointing out that being a customer of the network is no joke. Proving that those who chose Tesco Mobile as their operator are savvy consumers.

Print and out of home placements launch from June 17th, and see Ed, Gina and Ronnie tell a set of stories about Tesco Mobile customers that are so unexpectedly dry and utterly bereft of humour that they leave you in no doubt that there is absolutely nothing funny about Tesco Mobile. You couldn't laugh if you tried.

"Some people still haven't got the message that Tesco Mobile is a serious, quality network, so I'm delighted that our new campaign tackles their misconceptions head-on. With all the latest handsets and the best customer service in the industry, there really is nothing funny about Tesco Mobile," says Simon Groves, Tesco Mobile Chief Marketing Officer.

The campaign will further be supported by behind the scenes teaser footage, a social engagement campaign and will be underpinned by a comprehensive digital media plan to further prove that Tesco Mobile is no joke.