Why young talent should be flocking to Dublin – Europe’s Digital HQ, according to Rothco ECD, Alan Kelly 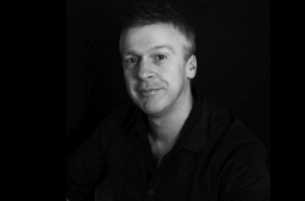 As the first creative from an Irish agency to be judging at Dubai Lynx, Alan Kelly, ECD of Dublin-based creative agency Rothco, is a testament to the burgeoning opportunities available to creatives outside of London, New York and Amsterdam. Here he highlights the opportunities in Dublin that young creatives should be fighting over.

About two years ago, I asked an art director former colleague of mine about where young creatives aspired to work. He told me, “if you’re a creative, you’re young and, more importantly, you’re good – you have three options; New York, Amsterdam and London”. But a lot has changed in just two years and we aren’t limited to these cities anymore. Now there are agencies popping up all around the world that offer a very interesting alternative for future creative legends. The latest of these destinations is Dublin, Ireland.

This shift has all happened very quickly following the arrival of several of the world’s biggest tech companies. Google, Apple, Facebook, Dropbox, Airbnb and Linkedin, to name a few, have all opened their European headquarters in Ireland. People are either not aware of this presence, or didn’t understand the impact it would have on the creative industry. What’s more, I don’t think young creatives are aware of the international opportunities that are coming in to Dublin as a result of this.

If you’re a young creative in a big agency, in a big city, you could spend five, six or maybe seven years waiting for your chance to land your agency’s top briefs. In the meantime you’ll spend some of the most creative years of your life working crazy hours in London, Amsterdam or New York, as the eighth or ninth team working on a brief. These brands have put a spotlight on the international reach of Irish advertising agencies and provide a future source of creative briefs. And at Rothco, our young creatives work on international clients like Heineken, and Unilever right from the beginning.

But to waste your best years being the guy or gal who does the pizza run for the senior creative? It’s total bullshit and there’s certainly no reason to settle for it. Contrary to what you might believe, Dublin’s creative salaries are also a match for any of its big neighbours and a year here will do more for your book when you’re starting out, than a year in London or Paris. In Ireland we don’t have the luxury to waste young creative talent. Here you are part of the first team and the only team.

This year I’m incredibly excited to say that the opportunities I’ve had here have led to a place on the judging table at Dubai Lynx. I can’t wait to see how beautifully crafted work makes us think and act – and maybe even changes our minds about how we feel about the world. Although, going to one of the sunniest places on earth is a frightening prospect for a pasty Irishman. Luckily, I’ll be locked inside the judging room for the majority!

But I don’t want you to just take my word for it. I put this to our two newest Aussie recruits to find out why they moved to Dublin.

In a quick line new copywriter, Morgan Fiebig told me: “Dublin is obviously smaller than a lot of its neighbours, but I think this can be an advantage for young creatives, as it's going to be easier to have your voice heard and your work seen.”

Her colleague and fellow new copywriter, Anthony Ortuzo tells me: “I see Dublin as a future New Zealand. With agencies like Colenso BBDO making amazing work over there, they punch way above their weight at awards shows. Many Aussie creatives would gladly relocate to New Zealand. That’s the kind of rep Dublin is developing. Ireland is similar in population to New Zealand and I think both countries share an underdog charm by virtue of being so close to a major ad city. My experiences of job-seeking in Dublin, as opposed to London, were so much more inspiring. Every CD I met (and I got to meet them in the first place) were generous and motivating, which goes a long way for a young creative who has already called 7000 places. Dublin also feels like a smaller pond where a young creative has more chance of making a big mark.”

It’s exciting to see young industry professionals thinking this way about Dublin and in speaking to them it has really highlighted to me the other great thing about our city that people don’t always consider; we’re only an hour’s flight from London and an hour and a half from Amsterdam. We are close enough to work with the talent there but far enough away to be able to let our young talent jump straight into the international client pool coming to Ireland. With an equal salary point and the ability to offer far more opportunities to young creative teams, its no wonder Rothco’s international neighbours are starting to look nervously over their shoulders at Dublin.