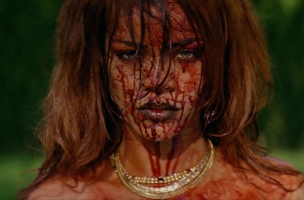 It’s fair to say that all of us who have seen this video, definitively had a “no-she-didn’t” expression and quickly made sure we reposted it everywhere possible.  It’s not everyday that this impact comes from the mainstream. Up on the hills of Popville, USA, from Rihanna herself. Or is it?

Sure enough the film had sex and sweat but this time it was different, it was smart; riddled with experience, knowledge and love for the craft. The film references, embedded all the way through from 'Thelma and Louise' to ‘Faster Pussy Cat! Kill! Kill!’  are brilliantly blended in to make a 7 minute short film worthy of the big screen.

Next time you see it, pay close attention. You’re not watching a pop video, you’re watching an ode to the masters of crime. This film was made and meant for true cinephiles.