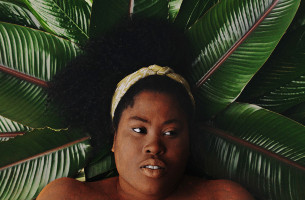 The São Paulo Pinacoteca, one of the most important museums in Brazil, has launched a campaign to increase visitor frequency. Created by F/Nazca Saatchi & Saatchi, the idea behind the campaign is to demystify the act of appreciating art and thus draw the public closer to the museum.

In order to illustrate the concept "There is no right. There is no wrong. There is art," the agency created a commercial centred around a Brazilian work of art: the painting 'Anthropophagy' (1929), by Brazilian modernist painter, Tarsila do Amaral. Directed by João Papa and Manu Mazzaro, from Barry Company, the production reveals recurring questions asked by visitors of the museum, reinforcing the idea that there are no predefined formulas to understand art.

This script is a true dive into the strokes and colors of this Brazilian artist. And, without providing viewers with answers, it involves the audience inviting everyone to show up and experience Brazilian art at the Pinacoteca.

The painting 'Anthropophagy,' normally exhibited at the José and Paulina Nemirovsky Gallery, at the Pinacoteca, is currently being displayed in the retrospective of the artist in Chicago and New York.

The video will premier this week in cinemas in São Paulo.