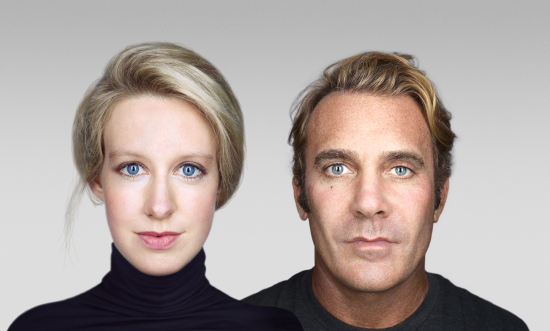 Elizabeth Holmes, CEO and Founder, Theranos, Inc. today announced the growth of its creative organization and the appointment of Patrick O’Neill as Chief Creative Officer, a new role.  Founded in 2003, Theranos’ mission is to make actionable information accessible to everyone at the time it matters most. Theranos has been redefining the field of consumer health, reinventing traditional laboratory services with its Wellness Centers and affordable, micro-sample testing.

“Patrick has a track record of creating successful and memorable platforms for brands that connect with people throughout the world in profound and tangible ways,” said Holmes. “As people everywhere join us as we make timely and affordable diagnostic information accessible as a basic human right, Patrick will partner with me and our teams to transform the accessibility of health services in a whole new way.”

O’Neill, previously Executive Creative Director of TBWA\Chiat\Day, one of the largest and most creatively recognized advertising agencies in the world, will lead both the creative marketing and advertising teams for the Theranos brand. His responsibilities will include: branded content, experiential design, social media, digital communications and platforms, interior design, advertising, partnerships and graphic design.

“Joining Theranos is the opportunity of a lifetime. I am thrilled to join forces with Elizabeth as we build our dream team to create the world’s first consumer health technology brand,” said O’Neill. “Theranos has immediate impact on people’s everyday lives and what Elizabeth has been able to do in the face of unbelievable obstacles is an inspiration to everyone.”

Prior to joining Theranos, Patrick spent over two decades leveraging his passion for communications, the arts, design, music, architecture, and pop culture into memorable cross-platform campaigns that succeeded at both building brands and delighting consumers.

During his 14-year tenure at TBWA\Chiat\Day, including eight years at its flagship Los Angeles office as Executive Creative Director, he influenced nearly every brand on the agency roster including Gatorade, Pepsi, Apple, Kraft Zesty Italian dressing, Crate&Barrel, Southwest Airlines and more. Patrick was the global creative leader on the breakthrough “Go World” campaign for the Olympics-Visa partnership for three Olympic Games. The “Go World” campaign ran in over 70 countries worldwide and, in 2012, the Games were the most activated in social media in Olympic history. A pioneer in culturally breakthrough creative work, Patrick has received acclaim and recognition for creating the first gay-rights themed TV commercial for IKEA in 1993 and a GLAAD Award for his work on ABSOLUT. He also oversaw the Grammys campaign that led to record-breaking ratings, and helped the broadcast become the most "social" TV event in history, with over 13 million mentions in social media.

In addition to his agency work, Patrick has lent his eye, and his leadership skills, to numerous organizations and boards. He recently joined Sting and his wife, Trudie Styler, on the Board of Directors of the Rain Forest Fund, and has also served on the Google Creative Council and the Facebook Creative Council.