Content agency brings in Richard Beer as ECD, Flora Proudlock as Head of Strategy and Tom Sneddon as Business Director 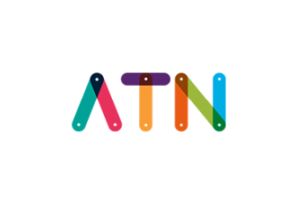 Working alongside CEO Conor McNicholas and MD Steve Parker, Beer, Proudlock and Sneddon will play key roles in driving new business, overseeing work and helping to shape the future of the agency.

Beer, who will be AllTogetherNow’s first Executive Creative Director since the agency launched in December 2014, is tasked with redefining AllTogetherNow’s creative offering and building the profile of its creative department – working closely with creative production, as well as the data analytics and strategy teams.

He joins from Don’t Panic, where he played an instrumental role in the agency’s rise to fame – with his multi-awarded debut campaign, ‘Most Shocking Second a Day’ for Save the Children, receiving accolades including a Gold Cyber Lion at Cannes 2014. This set a precedent for other memorable charity campaigns including White-Pencil-winning ‘LEGO: Everything is NOT Awesome’ for Greenpeace and ‘Can You Make It to the End’ for the National Autistic Society.

New Head of Strategy Proudlock joins from Karmarama, where she worked closely with ECD Nik Studzinksi on famous campaigns such as ‘Don’t Join The Army’ for the British Army, as well as driving the strategy for clients including Onken Yoghurt, Costa Coffee, Air New Zealand and MBNA. She has previously held planning roles at Frukt, Engine’s social media outfit Jam and Cake, having started her career at BBH as part of its innovation team, Zag. Overseeing AllTogetherNow’s planning team, as well as working closely with data analytics and the creative department, she will help drive the Smarter Content™ approach which defines AllTogetherNow’s output – basing all creative briefs on data-driven audience insights.

Sneddon, who joins as Business Director, previously worked at Havas London as the senior digital account lead on clients including Desperados and Strongbow, building global digital strategies and and driving innovation across owned and paid channels. Prior to Havas, he worked at glue Isobar and Work Club, on brands including Nespresso, The Guardian and Birds Eye, as well as being involved in the British Heart Foundation’s Gold-Lion-winning campaign ‘Hard and Fast’, featuring Vinnie Jones. He will head up AllTogetherNow’s Virgin Money account as well as spearheading the agency’s new business drive.

“It’s testament to how far ATN has come since launching eighteen months ago that these three incredibly talented individuals have chosen to come and work with us,” said Conor McNicholas, CEO of AllTogetherNow. “Following successes such as scooping two Golds at last year’s International Content Marketing Awards, I know that Richard, Flora and Tom will help us drive continued growth, success and fame for AllTogetherNow and our clients.”

Beer said: “Conor’s enthusiasm is infectious, and his vision for the agency is inspiring. The entire model of advertising is changing around us, and AllTogetherNow, as part of The&Partnership, is at the vanguard of defining what comes next. I can’t wait to get started.”

“AllTogetherNow is buzzing with energy and potential,” said Proudlock, “and the proposition of using data to inspire genuine behaviour change and deliver against genuine business needs was a huge draw for me. AllTogetherNow manages to make data sexy for clients, showing them the power it has to transform their relationships with online audiences. It’s a brilliant agency to be part of.”

Sneddon said: “ATN represents an opportunity to help shape and build the future of an exciting and very different agency proposition. Conor and I met over coffee one rainy morning to talk it through – and it caught my attention in a big way. It’s great to be involved.”