The&Partnership Names Shobha Sairam Chief Strategy Officer in the US

Sairam was previously Head of Planning at Deutsch 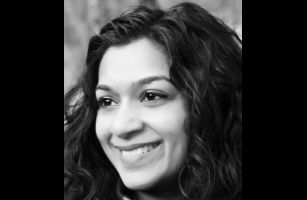 The&Partnership have named Shobha Sairam as Chief Strategy Officer of the US effective immediately. She was selected to help drive the agency’s continued growth alongside the leadership team and has already been instrumental in winning two of the agency’s newest clients, including Captain D’s.

“Shobha’s depth of experience across such a variety of brands makes her the ultimate fit for our leadership team. She brings a wealth of global knowledge, and is truly a citizen of the world bringing a diverse perspective to every business she touches,” said Andrew Bailey, Partner and CEO of The&Partnership. “I am thrilled to have her join the team here in New York.”

Shobha has lived in three continents, speaks seven languages and in her nearly 20-year career, has worked with an impressive array of clients including Johnson & Johnson, Procter & Gamble, Diageo, LVMH, Jagermeister, Coca-Cola, Pepsi-Cola, JC Penney, Kraft/Cadbury’s Sour Patch Kids, Heineken, and Kellogg’s. Her work has been recognised with numerous industry awards, including Cannes Lions and Effies.

Most recently at Deutsch, Sairam led a global repositioning campaign effort on Acuvue and was instrumental in some of their biggest account wins including Green Giant and Jagermeister.

‘I'm thrilled to join this close-knit and highly collaborative team. The&Partnership's unique approach to solving increasingly complex marketing problems results in powerful solutions that harmoniously blend strategy and creative in all their forms. I look forward to being a part of creating this next chapter in their story,” Sairam comments.

The news follows The&Partnership being appointed as lead creative agency for the Whitney Museum of American Art this past October and Toyota’ lead agency in Europe the following month. She joins recently appointed North American CCO Wil Boudreau.