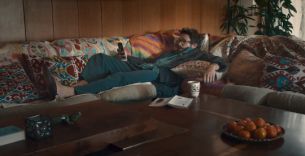 The&Partnership will this week launch a pan-European communications platform for the brand-new Toyota AYGO, daring consumers across 17 markets to pick up their car keys and ‘JUST GO’.

In a responsive campaign spanning 15 markets, ‘JUST GO’ urges customers to seek out the unpredictable and live more spontaneously every day – using addressable media, tailored communications and personalised content to communicate how, with the Toyota AYGO, adventure awaits for all age groups – from the young and single to experienced mid-lifers.

Marking the only new Toyota model launch in 2018, the campaign celebrates the optimism and joy of the AYGO – a small car with a big personality – and marks a step-change in positioning for the AYGO, shifting the focus from irreverent city driving to its more meaningful role as the perfect partner for a spontaneous life.

It focuses on short form content and tailored executions designed to target a broad demographic across all channels – from 15” personalised assets on Instagram and Snapchat to print, digital out-of-home and TV executions.

In a smart, responsive media strategy powered by [m]Platform, the campaign will draw on real-time audience data and smart digital creative optimisation (DCO) technology to assemble assets on the fly, targeting customers with personalised messages and content that will resonate based on their digital footprints.

Phil Beaumont, Creative Director at The&Partnership, said: “We wanted the work to embody the spontaneity of its JUST GO message. Embracing short-form content that challenges people to think less, do more, just act. Because not knowing what is around the corner is far more exciting than knowing what is.”

Dario Giustini, Marketing & Communications Senior Manager at Toyota Europe, said: “AYGO already has a great base of loyal consumers, who look to the car as their agile, nimble way to get around the city. We wanted to build on that, showcasing the countless possibilities at the wheels of every AYGO driver, at the same time as highlighting the great tech the model includes.”