'So You Think You Can Dance' leaps onto screens 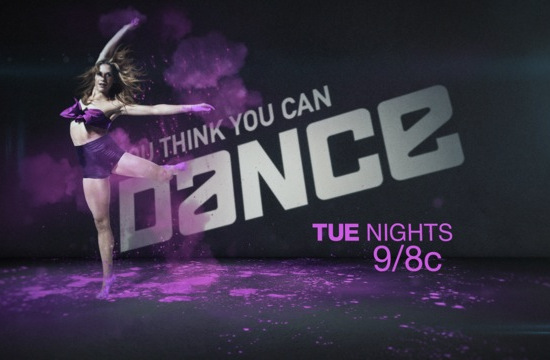 Fox Broadcasting and design-driven production company thenewBlank paired on the dynamic branding campaign for the 10th anniversary season of the hit competition show “So You Think You Can Dance.” The expansive promotional campaign captures the power and beauty of dance, and features All Star dancers from the beloved series. The signature branding appears across all media from television broadcast to social media channels. Step in here: http://www.thenewblank.com/work/181

Dance is the art of motion so working from a foundation of still images might seem counterintuitive. Yet for thenewBlank, a company that thrives on creative challenges, the action shots of SYTYCD All Stars provided a center point of balance from which to develop the striking and original look for the iconic show branding and promotion. Utilizing a combination of rotoscoping, hand painting, and CG, thenewBlank created an appearance of overcranked movement to the still photographs so they appear to jump, pivot and twirl across the screen with fierce intensity. A vibrant powder treatment, reminiscent of the Indian Holi festival, punctuates the action and is a visual metaphor for new beginnings.

This is the second “So You Think You Can Dance” collaboration between Fox and thenewblank, which also crafted successful campaigns for the Fox properties “Fringe” and “Bones.”

“thenewBlank is my go-to team for great creative, and we’ve developed a shorthand that comes with an ongoing collaboration,” says Fox Broadcasting VP, Broadcast Design Justin Owens. “With any show, the challenge is to evolve the promotion year-to-year while staying rooted in what makes the program unique. This re-brand is a prime example of all elements coming together perfectly.”

“It’s very rewarding to collaborate with the team from Fox Broadcasting because they are truly design savvy, welcome new approaches, and share our passion for the process,” comments thenewBlank Executive Creative Director Bobby Hougham. “This year’s campaign was a total departure from the last, and we are excited to have helped contribute to the visual lexicon of the 10th anniversary season.”

thenewBlank specializes in conceptual design, transforming visual stories from the mythical napkin sketch to beautifully finished pictures for everything from television commercials and feature film title sequences to interactive projects, large scale environmental displays, and emerging interactive medias. The company was founded seven years ago by Executive Creative Directors Bobby Hougham and Sevrin Daniels who united after working at many of the top design studios in the country. A deep dedication to a culture of collaboration, both within the studio and with clients, has produced engaging projects for such high-profile clients include HBO, Audi, AT&T, and Nike, among others.