TheBridge.Co Captures the Creativity of New York with Andra Day and Genesis 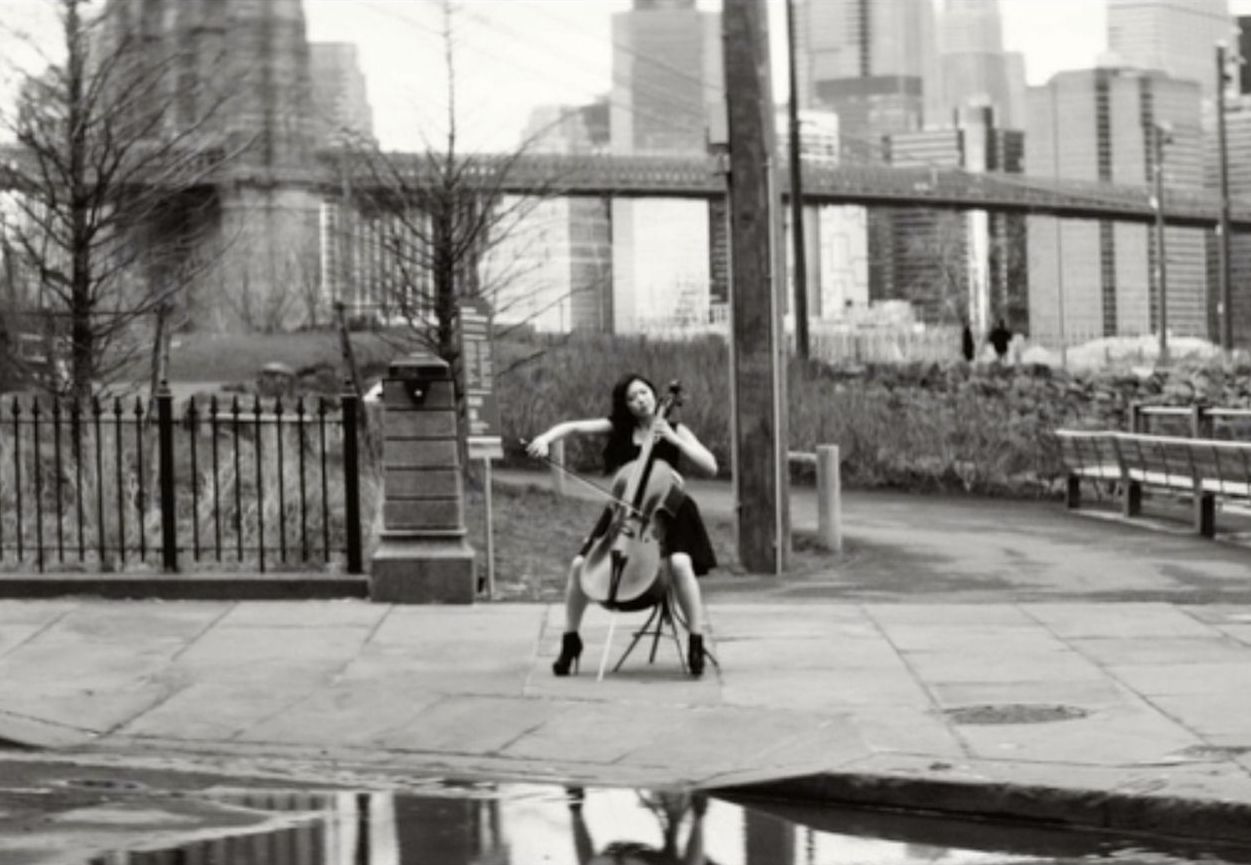 When Genesis unveiled the GV80 Concept, its next generation concept SUV at the recent New York International Auto Show, it treated its audience of automotive influencers and media to an extraordinary event: an evocative black and white film, “Act of Genesis,” accompanied by a live performance of the new single from the Warner Bros. Records recording star Andra Day.

This performance of Day’s new song, “Amen,” provided the soundtrack for the film and featured many of the same performers and musicians seen in the film itself, which was a celebration of the originality and creativity of the New York performing arts scene. As it ended, a screen rose in the hall at the Javits Center to reveal the latest Genesis concept car, which was introduced by Genesis Global Brand Chief Manfred Fitzgerald.

The concept of using Day’s new song – to be released on her next album – as the soundtrack for a film that highlights the cultural and artistic vibe of New York came from INNOCEAN, the Genesis agency, and its Chief Creative Officer, Eric Springer. He led an agency team that included Joe Reynoso, ACD, Victoria Guenier, Director of Content Production, who worked closely with TheBridge.Co, the New York content company that specialises in connecting artists with brands. TheBridge.co produced the film, which was directed by the boutique’s founder, Mike Jurkovac. Tapping its contacts in the music industry, TheBridgeCo opened doors to Andra Day’s management and label, putting the wheels for the project in motion.

“This really is the ultimate GV80 reveal,” Jurkovac says about the event. “The goal was to present a totally unexpected experience to a highly influential group of people, and do it in a way in which the brand supported the artists and the artists supported the brand. That’s what the best examples of brand integration achieve; they create something with both a marketing message and cultural relevance.”

“This is a genuine statement about how Genesis does things differently,” adds Springer. “We let the City of New York help us launch this concept vehicle.”

“Act of Genesis” presented a snapshot of what’s always made New York a mecca for artists and performers. It captured many of the city’s iconic neighbourhoods, seen from a driver’s POV, as it cruised past assorted buskers, dancers, drummers and musicians. Some appeared straight from the streets themselves, but others looked as though plucked off the stage at Lincoln Center, decked out in evening wear and performing on violins, cellos, harps and a grand piano. In the closing frames, the film depicts a choir of students singing along to Day’s tune.

During the playing of the film at the NYIAS event, these same artists were singled out with spotlights in the Javits Center hall as they performed live, shifting the audience’s attention from instrument to instrument, scene to scene, until the film closed with a tight shot of a woman’s eye gazing at the choir – from New York City’s Professional Performing Arts High School – and the choir simultaneously assembled on stage.

According to Jurkovac, the tie-in between the action on screen and the performance of Day and the many young artists and dancers in the hall was designed to create a dynamic synergy that turned this into an experiential immersion in sight and sound.

The company pulled out all the stops to make it a hit, too. They brought in the Grammy Award-winning producer and recording artist Printz Board, who’s worked with artists such as John Legend, Mark Ronson and the Black Eyed Peas, to produce the score for the film. The musicians and dancers seen in the film, Jurkovac notes, as well as choreographer Maleek Washington, who orchestrated the dance sequences, have all come from the New York City public schools or worked professionally on shows like “Stomp”, “Sleep No More” and “Bring in da Noise, Bring in da Funk,” or collaborated with top artists like Rhianna.

TheBridge.co assembled an all-star lineup of advertising talent as well for the GV80 launch. “Act of Genesis” was edited by company partner Igor Kovalik, an award-winning editor who was one of the founders of Beast, and art directed and produced by Gary Koepke, the former Chief Creative Officer at SapientNitro, a co-founder of the iconic Boston agency Modernista! While there, Koepke created memorable campaigns for Cadillac and helped GM launch the Hummer brand to the consumer marketplace. TheBridge.Co also worked with producer Bill Boyd, who collaborated closely with Jurkovac, Kovalik and Koepke and the entire INNOCEAN team to execute this complex project.

Post production and colour grading, including the creation of a CG version of the concept vehicle, were handled by The Mill, with Mikey Rossiter providing colour and Jade Kim supervising visual effects.

TheBridge.co has a long history of working directly with artists on both social cause efforts as well as brand-driven initiatives. The list of artists includes David Guetta, John Legend, Ty Dolla $ign, Katy Perry, Charlie Puth, will.i.am, Shakira, the Black Eyed Peas and many others, on projects for companies and institutions as diverse as the UN and the Louvre Museum in Paris to RAM Trucks, Fiat Chrysler, Intel, Levi’s Victoria’s Secret and Western Union.