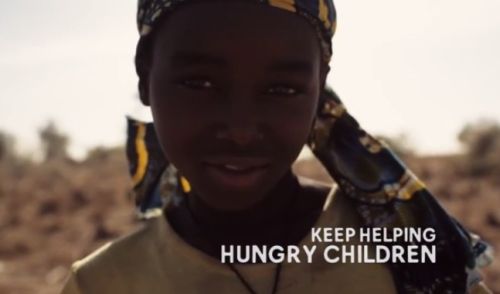 The World Vision 40HR Famine has been a rite of passage for Kiwis for 40-years now. Sugar&Partners Auckland, New Zealand has created a new campaign to celebrate the legacy of the past 40 years and encourage New Zealand to get involved for 40 more.

“Sam Hunt as the voice was essential for us.” says Damon O’Leary. “Like most New Zealanders, I’ve always loved his unique style – it can be quite haunting – but for me, in a strangely uplifting way. Hopefully those qualities shine through and make the spot more emotional and therefore effective.

“We had lots of creative directions but with this one – with Sam on board – we thought we could create something that every Kiwi would feel a part of.” adds Dave Nash, Creative Director, Sugar&Partners. “From most of the reactions so far – it seems we’ve managed to achieve that.”

The campaign has launched in Cinema, TV and online throughout the country with generous support from Val Morgan, MSN and national television networks.

“The campaign captures the essence of who we are as World Vision and what Kiwis have achieved through the Famine.  The TV commercial makes us so proud of our heritage.” says Helen Carter, GM, Supporter and International Engagement.

The campaign is bolstered by social, digital and direct elements that are in market now, (including 125,000 school packs and posters for classrooms nationwide) so will be hard to miss.

Thousands of New Zealanders will take part in the 40th 40HR Famine on the 23rd to the 25th of May 2014. Participants can either sign up as an individual or create a group on the Famine.org.nz website