The World Cup and Youth Viewing 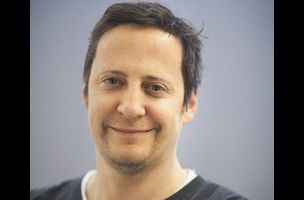 Media people everywhere wrongly assume that young people don't watch TV anymore. When actually, a clear majority of them still do, and online video should be a support medium for TV, rather than a replacement. The recent World Cup and Love Island viewing figures help tell this story.

Last Monday night, the BBC broke their ratings records for the year, when 18 million of us tuned in to watch England beat Tunisia in their first match of this year’s World Cup. A further 3 million watched via BBC iPlayer, smashing all VOD viewing records. More viewers than the royal wedding or the final of Britain’s Got Talent, and when you include VOD, nearly three times the viewers of last year’s Great British Bake off Final.

These statistics help to rubbish the (often poorly researched and conjecture-based) articles in recent times proclaiming the death of TV. One third of all 16-34 adults in the country were watching the England match, and right afterwards, millions switched over to watch Love Island. ITV2’s 16-34 Adult TVRs went from 0.5 to 10.5 in the space of an hour. After Love Island they didn’t all run upstairs back onto YouTube - ITV2 retained over 20% of those viewers for the following hour.

These two events help show how younger people watch. They don’t just switch on the TV; their habits are event-led. But once they are in a place they can stay there. These events aren’t just massive occasions, or bigger shows like TOWIE and Made in Chelsea. A well-planned 16-34 campaign can hit dedicated and religious viewers of many different shows like Brooklyn 99, Ex on the Beach, Black-ish, New Girl and Ackley Bridge.

The World Cup also proves an advertiser’s need for TV. H1 revenues on TV are forecast to be up 3% year on year, and impacts are down only 2% for all adults. 16-34 adults viewing is down 10% year on year, but we should not write off a media channel because of audience decline. Young viewers are still there in their droves, with TV reaching 43% of young adults every single day, and 85% in a month.

The VOD figures highlight a trend we would be stupid to ignore, which is why here at VCCP Media in H1 of 2018 we will have bought twice as much VOD year on year. But, the numbers also help to make another great point in how TV still dwarfs VOD in terms of viewing figures. VOD is needed to maximise reach and should accompany most TV campaigns, but it shouldn’t replace it, no matter what audience you are targeting.