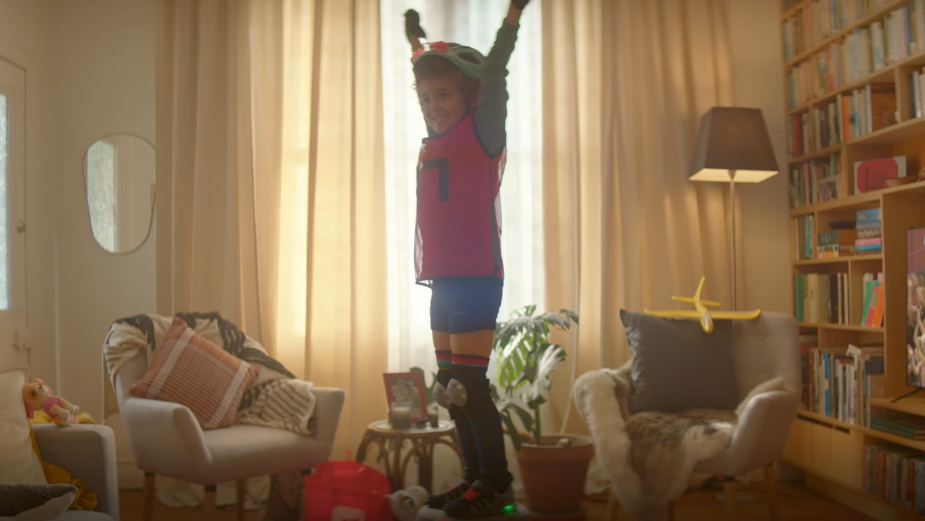 As proud sponsors of the New Zealand Olympic Team to Tokyo 2020, The Warehouse is encouraging Kiwis to start their own sporting journey with a new brand campaign called ‘Start Here’.

Now live, the campaign follows Kiwi kids as they imagine themselves competing at the Tokyo 2020 Olympic Games, spurred on by the excitement and pride of seeing their Olympic heroes. As a brand that delivers everyday value to New Zealanders, The Warehouse’s ‘Start Here’ campaign aims to encourage and help raise the new age of Kiwi Olympians by making sport accessible to all.

The Warehouse customer strategy lead, Andrew Stein says: “We’re proud to be supporting the New Zealand Olympic Team who are at the pinnacle of their careers and we hope we can inspire Kiwi kids to start their own sporting journeys by offering affordable sports gear.

“This campaign shows us, in a heart-warming way, that everyone has to start somewhere. Some of today’s beginners like the little guy on his bike in our ad, have every chance of becoming future Kiwi Olympians.”

To help give a helping hand to more Kiwi kids, The Warehouse has partnered with Variety - the Children’s Charity, to donate sports gear to schools in need and help kick start their students’ sports journey. The gear was donated during a two-week Jono & Ben Battery Powered Torch Relay hosted at select The Warehouse stores nationwide, in partnership with The Hits and NZME. The roadshow kicked off on Friday 9th July and encouraged Kiwi kids to ‘start here’ by playing on-site games to win sporting equipment. More than 600 pieces of sports gear was given away to aspiring Kiwi athletes.

The Warehouse are also sponsoring a school ‘Start Here’ programme that will be running on weekdays at the NZ Team fanzone ‘NZHQ’, located at The Cloud from Monday 26th July. The programme aims to inspire kids with the core Olympic values of Excellence, Respect and Friendship. Including Q&A with Olympians the programme also includes skills and drill sessions and activities, and will see over 6,000 kids from 60 schools participate. 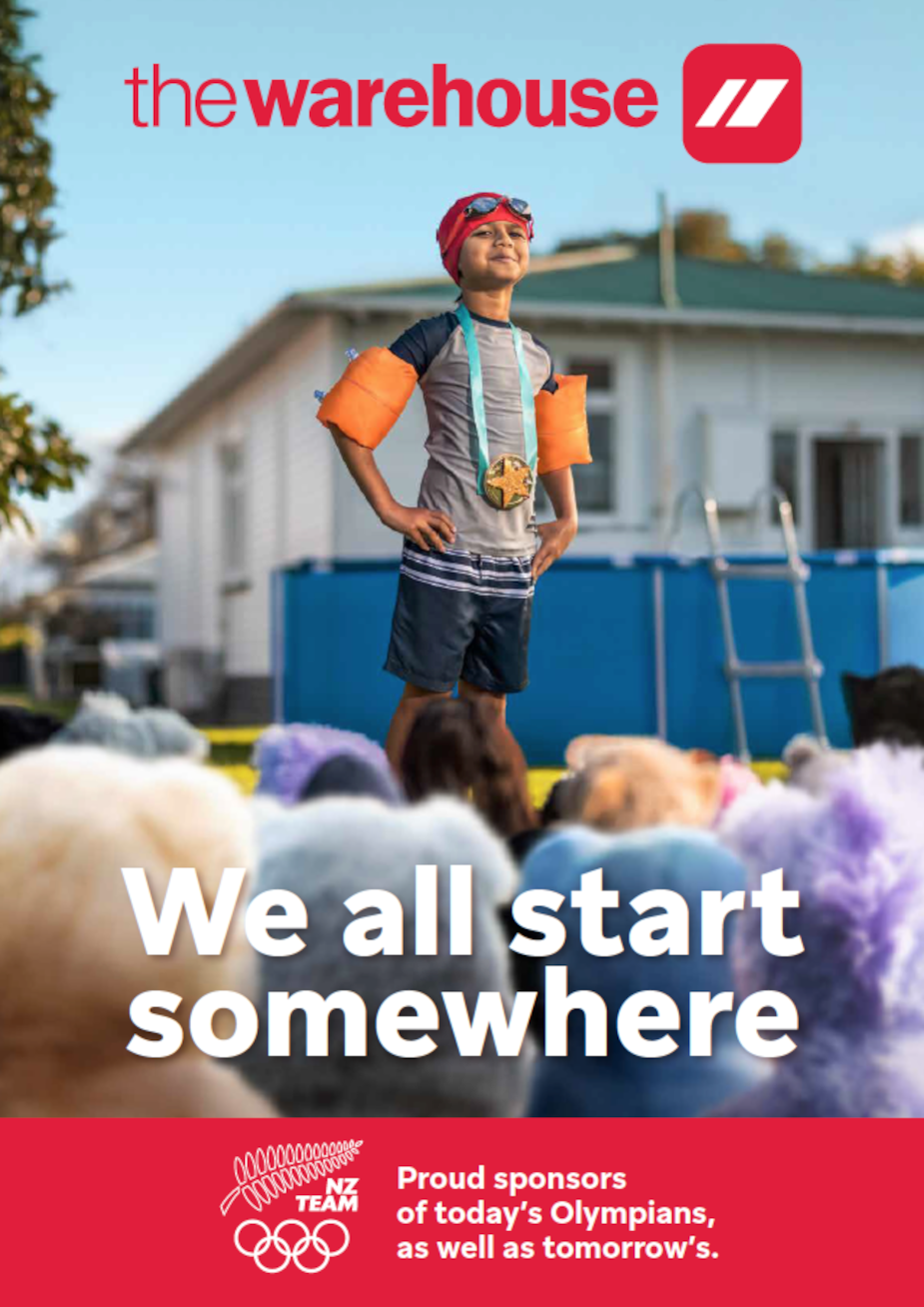 Chief executive of the New Zealand Olympic Committee Kereyn Smith says: “We’ll have a team of five million behind our New Zealand Olympic Team athletes and as we cheer them on they’ll be inspiring us to get involved and succeed in the sports we love.

“Sport plays a huge role in Kiwi culture and our physical and mental wellbeing, so being able to remove the cost barriers for sports gear levels the playing field and makes everyone’s sporting dreams that bit more achievable.”

TBWA\NZ group chief creative officer Shane Bradnick says: “Watching our great Kiwi athletes compete inspires us all and we know even our Olympic heroes had to start somewhere. ‘Start Here’ is all about the impact our Olympians have when competing on the world stage and the opportunity The Warehouse gives everyone to get involved with sport, and to get started.”

The campaign will be rolled-out across TV, Radio, Out-of-home, digital, social and in store. 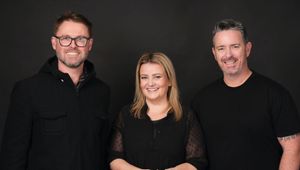 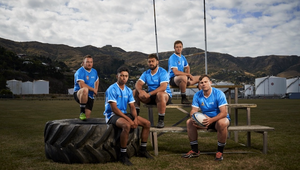 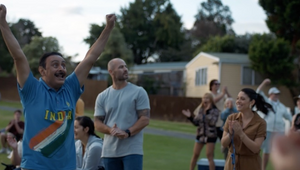