The Viral Factory Draws The Amazing Life of an Adorable Couple 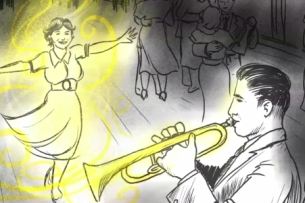 Allianz is a big insurance company, so why has it made a film about an old couple’s life?

Matt Smith, founder of The Viral Factory said; "The short answer is that Allianz aspires to become a trusted partner to their clients, and they wanted to make a film celebrating this. They stipulated that this film not be about them, or their products (we weren’t allowed to talk about insurance policies or the like). Rather the film was to be about what it means to be a trusted partner at a human level. That’s why the film is about two people, not a corporation."

"Specifically why is the film about Helena and Szczepan Wojtak? Because they are an amazing couple, and Allianz wanted to tell their story. Meeting them is a genuinely humbling experience, not just because of what they have been through, but because they have stuck by each other to build a life of which they’re proud and because they have retained a sense of humour and a twinkle in the eye."