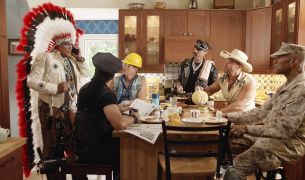 YOPA, the fixed-fee estate agency that provides home sellers with an expert local agent and access to an online dashboard to control their sale, is launching a new TV advertising campaign this week - starring The Village People.

The three 30-second adverts, which roll out nationally today, feature the iconic band. Themed around ‘helping people move’, the adverts depict The Village People living together in an ordinary, somewhat cramped family home somewhere in the UK. With the help of YOPA’s local agents, fixed £780 fee and transparent online platform, the Villagers are finally able to sell their home and move on.

Daniel Attia, CEO and co-founder of YOPA said, “The concept of The Village People needing a helping hand to move on proved irresistible for these ads. Aside from the comedy that the situation presents, it’s a message that fundamentally rings true: so many of us delay moving home because the process is so stressful, not to mention hugely expensive. That’s why we founded YOPA: to give home sellers an affordable, simple and transparent way to move. Between that and the connection between Y-O P-A and Y-M-C-A, we were sold on this idea from day one.

“This campaign is a bold new creative direction for YOPA and just what we need to supercharge our growing market share. We can’t wait to introduce viewers across the UK to YOPA with these ads, and hope people have as much fun watching them as we did making them."

The first advert features one of the Villagers announcing that it’s time for them to move on, to the others’ dismay. Undeterred, he books a free valuation with YOPA. In the next advert, their local YOPA agent is measuring up and attempting to take photos around the ever-camera-ready Village People, who photobomb every shot. In the final advert, the band receive an offer for the full asking price.

At the end of each advert, one of The Village People makes the connection between Y-M-C-A and YOPA, with the narrator stepping in to clarify the correct pronunciation of the brand, stating “It’s not Y-O-P-A, it’s YOPA.”

The radio, digital and outdoor ads will follow this theme and launch later this year.

The campaign was conceived and executed by creative agency Publicis UK, who won the account after a competitive three-way pitch over the summer.

The TV adverts feature the Village People line-up, featuring two of the founding members Felipe Rose and Alex Briley, who have been performing with the group since it was formed in 1977.

YOPA CEO Daniel Attia says, “Working with Publicis has been a pleasure. To get this advert from pitch to on air in just four weeks is unprecedented. They have all the depth of a big agency operating with the agility of a small agency. We’re hugely impressed.” 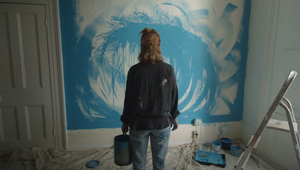