The Vanity: A Look In The Mirror With This Obsessive Canadian Post House 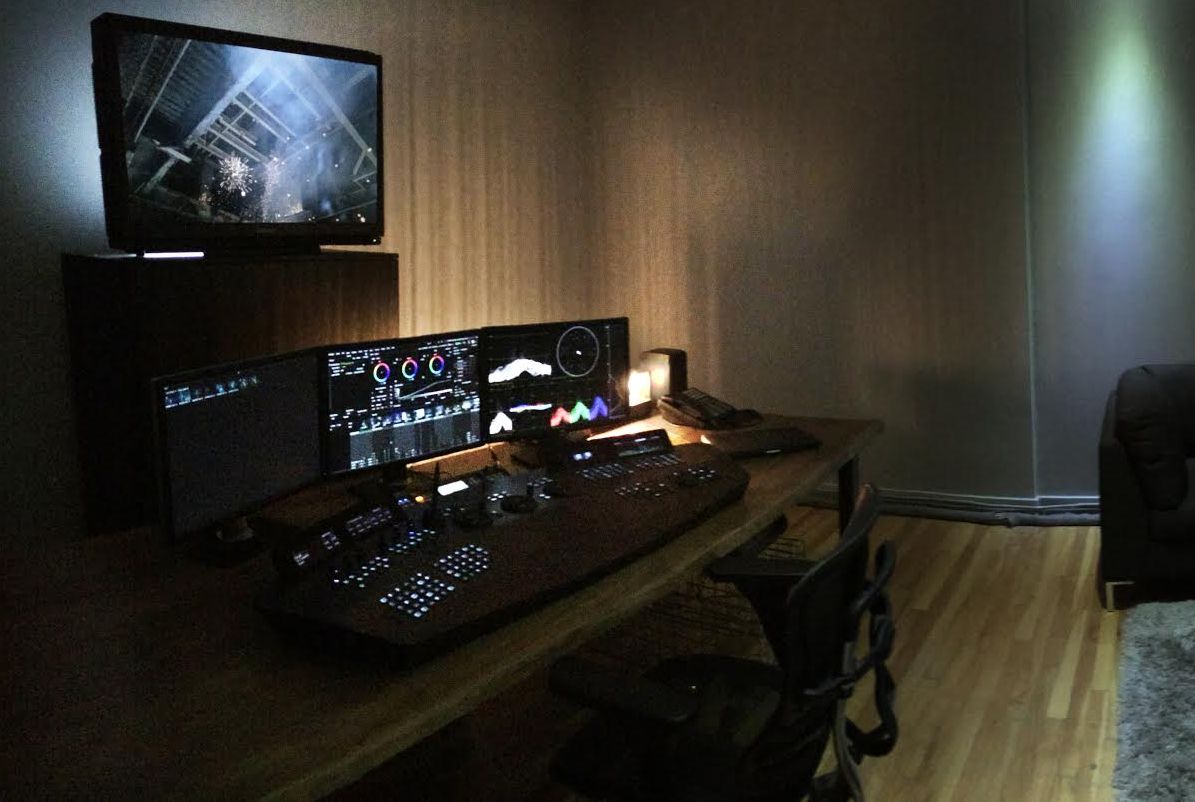 “The word ‘vanity’ means ‘having excessive pride in appearance’ – and that is how we work. We obsess over minutiae because we take a lot of pride in what we do; it’s these details that take the good to great and the great to exceptional.”

Sean Cochrane, Naveen Srivastava and Stephanie Pennington met while they were colleagues at Crush Inc, a post production business in Toronto which Sean helped launch.

Sean had grown to be one of the most sought after compositors in the Canadian market over the course of his 20 years in the industry, while Naveen had gained clout as an online artist after dabbling in editing, production and startups before taking the plunge into VFX. Stephanie produced at both production and post production companies.

But after a fruitful period together at Crush Inc, the trio were looking for a new challenge – and so they decided to jump ship and go at it alone with their own boutique studio.

“We saw an opportunity in the Canadian market,” they say. “We wanted to do good work, but be small and nimble enough to be able to offer large-scale results in a boutique environment.”

The business launched with two Flame suites, Stephanie as producer, and an unoccupied reception desk. And almost seven years later, little has changed – and that’s exactly what the trio of founders wanted. “We’ve evolved as slowly and intentionally as possible. We’ve always strayed away from growing for the sake of it. We’ve tried to maintain this level of service and commitment to our clients as our base has grown”

So growth has been a case of quality over quantity – in 2012 Josh Clifton joined as a senior CG artist, and 2014 saw a grading offering added with a Baselight suite installed and Andrew Exworth joining as senior colourist. Add to that a roster of dedicated producers and The Vanity team is now 13 people day-to-day. That number can fluctuate with freelance talent, but the team inform me that “we try to do as much work ourselves as possible”.

When quizzed about the work that makes them most proud, Sean, Naveen and Stephanie are uncomfortable picking favourites from their babies. But a little further pry brings up last year’s truly awesome SickKids ‘VS: Undeniable’ film – “It’s nice to do great work for a great cause,” they say – plus ‘We The North’ for the Toronto Raptors basketball team due to swiftness of its turnaround. “It was a phenomenal team effort working within a 13 hour turnaround to create pyro effects, falling snow, matte paintings, and tons of logo removal.” They’ve also ventured into feature films, with their own Andrew Exworth grading ‘Giants of Africa’.

What’s more, they’re also proud of their Canadian roots and truly believe that, despite being considerably smaller than its southern neighbour, the industry more than holds its own creatively. “As Canadians we are constantly being compared to Americans, but we are a country that’s one tenth of the size by population. To that end, our budgets tend to be much smaller, but the barometer by which we measure the quality of our work doesn’t consider that,” they say. “We strive to compete with, and excel past, the biggest companies in the US and Europe. We look anywhere and everywhere for inspiration and solutions. We try to push our ideas and concepts as far as we can and generally need to execute our creative in both English and French.”

For the future, who knows what’s in store for The Vanity? Already consistently working on some of Canada’s best work, the opportunities are fruitful. A fourth Flame suite has just been added, but anything past that would mean a need to move into new office space. And as mentioned earlier, Sean, Naveen and Stephanie are comfortable staying small, working well, sticking to their roots and not just expanding for the sake of expanding.

“We love our space and our neighbourhood, so for now we’re quite happy with our size. But you never know what the future may hold.”