Reza Dolatabadi wrote, directed, produced and edited the ‘survivin’’ promo that beautifully captures the existential doom so many of us are facing in 2020 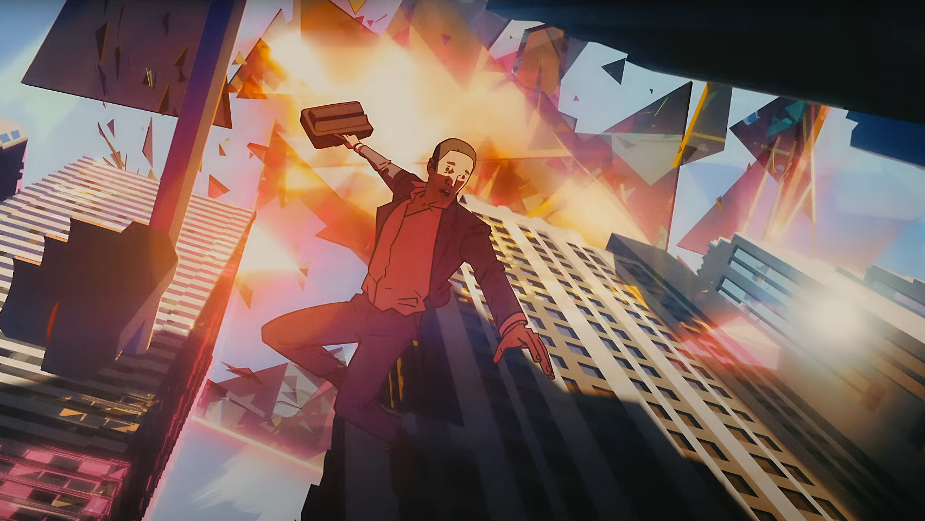 Ever feel like the world is falling apart around you as you try to carry on, helplessly living your life as usual? Yes, that’s normal. And it’s a feeling expertly encapsulated in the stunning new animated music video for Bastille's new track ‘survivin’’.
Co-written, directed, produced and edited by London-based British-Iranian filmmaker Reza Dolatabadi, the video is epic in scale, beginning in a high-rise city of glass and steel which soon turns out to be disintegrating into iridescent shards around our business-suited protagonist. He is then freed from the pull of gravity as the laws of physics break down and ascends to space for a Pale Blue Dot-esque view of the Earth.
Reza and his animation team had to build the city in 3D, lock all the camera angles and movements and then animate their characters over the 3D layouts. The result is a video with a disorientating-yet-beautiful aesthetic that perfectly sets off the lyrics of the British pop-rockers’ song.
view more - Creative