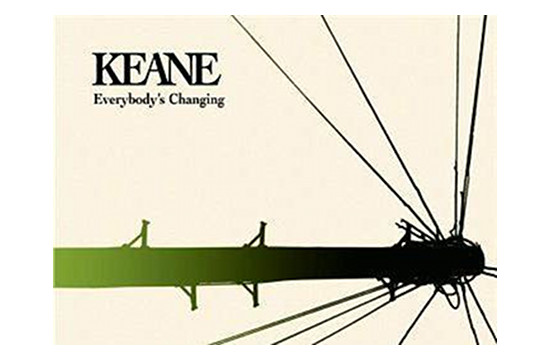 To celebrate the release of their Best Of album which was released yesterday (November 11th), Keane and Island Records have partnered with Facebook on the creation and launch of a ground-breaking new Facebook App.

The App, developed by digital agency The Unit, uses a 90 sec clip of Keane’s evergreen classic “Everybody’s Changing” and automatically pulls all of the most engaging photos from fan’s Facebook profiles using the FB API (the photos with the most likes / shares / comments from their friends). These photos will typically be key moments in people’s lives : graduating, getting engaged, weddings, having children, holidays  etc, so it will  help show how people’s personal lives have evolved… much like Keane themselves over the last 10 years.

Each person’s photos will then be dynamically synched into a unique personalised HTML5 video (directed by Tom Greaves) to the sound track of ‘Everybody’s Changing’. The app also pulls in status updates associated to the photos to give more context to the video narrative. Fans can also edit the video and switch any photos they are not happy with by manually selecting a preferred image from their Facebook profile or uploading a photo from their hard drive. As a nice finishing touch, each video also has a ‘cast list’ in the end credits that lists all of the friends who are tagged or have engaged in the photos featured in the video.

In addition to working with The Unit on the development of the app, Facebook worked closely with Island’s media agency TED@Mediacom on the launch promotional activity.

To create your personal video go to www.everybodyschanging.com or http://po.st/KeaneApp