The Unique Art of French Animation: A Primer

Experts at the forefront of animation from Passion, Wizz and BRVTVS pay homage to the influences that gave birth to this formidable creative force 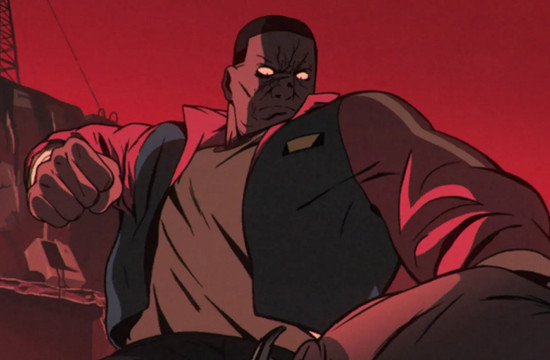 France is Europe’s largest producer and the world’s third largest exporter of animation after the US and Japan. And you don’t need to have a film degree to understand why. The country’s animated films have more than a certain je ne sais quoi - they appear on Oscar shortlists more often than not and have on the odd occasion managed to earn pundits in Cannes. From the arthouse treasures of Sylvain Chomet’s handcrafted films to the long shadow cast by French creator of the ‘Despicable Me’ series Pierre Coffin, it's easy to see the breadth of Gallic animation's influence around the world. Look at the statistics too. The highest-grossing French movie outside France in both 2015 and 2016 was the ‘The Little Prince’. ‘Ballerina’ became France’s second-biggest overseas earner in 2017, taking a respectable $110 million.
The power of French animation spills over into advertising too. And it’s absolutely got its own flavour. French directing collective BRVTVS, who are represented by Feed Me Light, explain one aspect of that flavour: “Because we don't really have historical big old studios such as Disney or Pixar in France, most of what was created and inspiring was always coming from smaller and more independant structures, where people have more freedom to create unique and peculiar content.”
As Marc Bodin-Joyeux, executive producer at Passion Paris, puts it, the result of this is that in France, “a director’s personality counts more than a studio’s know-how.”
Amanda Stubbs, executive producer at Wizz, suggests that “the French tend to be more ‘straight’ to the point from a technical and creative point of view. This is also perhaps linked to an economic reality. We don’t have the infrastructure of the huge animation studios that you have in the States - time is money so we need to be be the most precise and efficient as possible.”
Without Disney or Pixar, or really anything marginally close, animation hasn’t been as inherently linked to children’s entertainment as it has in the Anglophone world. “I think it’s more of an adult approach,” says Amanda.
BRVTVS reject the global infantilization of the art form. “Animation is quite often, even today, synonymous with naivety and childish stories,” they say. “But as kids we were often looking for more creepy and mature stuff. Happy endings and perfectly nice characters tend to be boring after a while.
“We do believe kids like to be afraid, disturbed by weird and funny characters, away from what is real. At least it was true for us when watching TV or reading comic books and that’s something we try to keep in mind when creating our own pieces. This gave a lot of us the wish to keep drawing and start trying to tell our own stories.
“Maybe it’s why there are so many animation schools in France,” they propose. “Because a lot of kids were asking for it. Which leads now to a lot of professionals that have digested their influences and that are now working and creating content.”
French animation schools are world renowned. Every year production studios sift through the graduation films from places like Gobelins, l'École de l'image, Supinfocom and ASA in search for the next great animation talent, as Marc points out.
Marc lists, quickfire, a few characteristics of his country’s animation style - “a taste for a strong and percussive drawing, looking for originality and impertinence” - but the easiest way to understand is by watching the seminal works that have inspired and defined the art form through the decades.
Here’s a list of the most influential animation according to Amanda, BRVTVS and Marc:

“If we look back at french animation we can find people such as René Laloux or Paul Grimault, who mainly did film for young people but always by experimenting with new ways of building pictures and storytelling that brought French animation into this position of innovators.” - BRVTVS
Marc identifies ‘Le Roi et l’Oiseau’ (‘The King and the Mockingbird’) by Paul Grimault as a key influence “for the quality of drawing and animation.”

“JSBC [Je Suis Bien Content] produced the TV series ‘Last Man’, directed by Jérémie Perrin (who has a huge role in the metamorphosis of the French animation industry) and shows that it's possible to create animated series for young adults even in 2018.” - BRVTVS

“Same thing with Bobby Prod and Bobbypills who produced Les Kassos, Vermin, Pipoudou and Crisis Jung which all explore in their own style new ways to use the animation in term of writing that don't only speak to a young audience.
“Those three companies/collectives always try to experiment with new styles and new ways to play with the codes of animation. Their work is always inspiring and makes us believe that animation can go further.” - BRVTVS

“CRCR for their unique 2D style and their capacity to produce very creative work whether it be in advertising, short films, music videos or illustrative work.” - Amanda
“CRCR are also pioneers in this wave of French directors who try to explore new paths in animation. They have done quite a few ads where you always feel the passion for animation and the wish to have fun and push the art a bit further.” - BRVTVS

Michel Gondry is hard to ignore, too. “For many years, he has been a huge influence within the world of animation and mixed media,” says Amanda.

“Pierre Coffin in the world of 3D animation through his work for many successful advertising campaigns including the creation of our very unique Oasis characters and also the amazing work he has done in the animation feature world.” - Amanda

“French and Belgian comic books in general but maybe more specifically Tintin, Asterix, or in a more mature style, Métal hurlant or Moebius’ comic books were also something that nourished our minds and views and that can now be found in various animation pieces from France (including ours of course).” - BRVTVS

“More recently the film Lascars launched a new wave of people that decided to do more mature animation. For us French animation could be described as innovative, uninhibited and fertile.” - BRVTVS

“Gorillaz music videos: as one of the best combinations of original graphic style, impertinent tone and adult approach” - Marc

“Disney and Pixar productions… the force of emotion and storytelling.” - Marc
“Disney’s classic movies from this period have obviously had some influences, but to be honest a lot of Don Bluth feature films are considered even more important by artists around us, still today.” - BRVTVS

American TV still makes a big impact in France. Marc notes the influential “humour and freedom of speech of SpongeBob, Ren & Stimpy, the Simpsons and even Beavis and Butt-Head as important and BRVTVS remember the Nickelodeon productions they grew up with: Rugrats, SpongeBob and Hey Arnold!, through to Teenage Mutant Ninja Turtles and the Batman Animated series from 1992.

BRVTVS reference Japanese series too, many coming through AB Productions to the French market - Dragon Ball, Hokuto no Ken, Saint Seiya, among others.

“Studio Ghibli has also been a big thing with an alternative influence with the differents worlds it was proposing and ways of telling us stories. Still in Japan, Katsuhiro Otomo’s AKIRA and Mamoru Oshii’s Ghost in the Shell have been for a lot of us mindblowing. With a great impact on our imaginations.” - BRVTVS
"Japanese animation, especially Miazaki, for its incredible imagery..." - Marc
view more - Trends and Insight