The UN is One For All in New Campaign

The Sustainability Channel 235 Add to collection 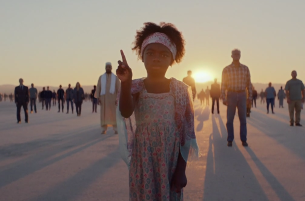 The campaign’s goal is to communicate what the SDGs are, why they are important and how everyone can make a difference. The campaign also provides a pledge platform to engage with the SDGs, allowing everyone to take action.

The theme of “One For All” is that the task of bettering our world is bigger than any one of us - but it’s smaller than all of us. If every person commits to one goal (of the 17 SDGs), together we can make the world all we want, One For All.

The creative communicates the mission of the SDGs to all 193 United Nations member states and their populations.

You can check out the ad below: