The Truth About Work and Life in Advertising: A Native New Yorker’s Perspective

Trends and Insight 827 Add to collection 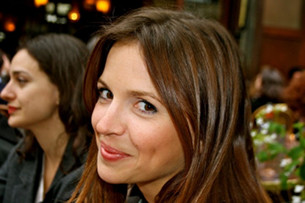 New York City has an infectious spirit. It’s impossible for it not to. It represents a place of hopes and dreams, in turn creating an incredible energy from those that inhabit the city. Coupled with a DNA that embodies ambitiousness, determination, and evolutionally traits, New York City is continually defined by those of a similar ‘genetic’ structure.

No doubt that the late 19th century immigrant wave played a significant role in the city’s identity; New York was viewed through foreign eyes as a place where discrimination was intolerable and freedom was promised. And who wouldn’t want that?

These brave souls of the past also set the bar for future inhabitants of the city: this is a place where dreams are made, but not without creativity and craft, hard work and hustle.

New York holds such a reputation when it comes to living and working here for many reasons. Through the lens of a business development professional in the ad business, here are several specific reasons why:

From the old days to present times, NYC is a developing urban network of go-getters in an industry that’s growing exponentially. And NYC has the infrastructure to support that growth, from inspiring it to facilitating development. Since the 1920’s Madison Avenue has been the ad industry’s metonymy. Universities (for both undergraduate and graduate level education) here are top-notch, from NYU, Columbia, FIT, and Parsons amongst a few. Professional development and mentorship opportunities here are also prevalent when you live in a city of 9 million people, many of whom are extremely good at what they do. The sheer volume of passionate people is tremendous, offering a plethora of diverse perspectives and thinkers. As the ad business changes, we’re learning (from a business perspective) how to function in today’s landscape differently. We’re finding that our paths continue to overlap with those from different industry backgrounds more often from years before, when opportunities for business development looked much different.  If you have an idea that requires collaboration with an external party, surely you are in the right place to be able to act quickly on establishing relationships and finding success faster (or failing, but at least you were able to try). You never know who you’ll meet, which opens doors for networking opportunities to happen anytime.

Everyone knows NYC has an incredible arts and music scene, and creative companies often grant employees access to ‘inspiration’ through corporate discounts (coffee meeting at the MoMA, anyone?). If the regular circuit of world class museums, theater or musical acts begins to bore you, you can easily pick up new hobbies or share interests through an endless amount of meet-ups, from a Real Madrid supporters club, oyster aficionados, women who code, and stuff you probably didn’t know existed.  It’s a playground for the creative at heart, and people know that landing a gig, a gallery show, or using the city as your canvas to make a statement will garner you the attention you are after. Simply said, New York offers continual newness, and that’s exciting.

When there is work to be done, those ready to work will be there. Many world-leading brand headquarters are based just outside of the city, so it’s only natural to have a multitude of shops here to service their needs. But with an industry that is converging in many places, growing your share of market while keeping client and shareholder interests in mind presents more choices than ever before for business leaders. Are there certain acquisitions, investments, un-tapped markets or new services that should be addressed? The answer will vary from business model to business model, but by being present in NYC you are certainly on the front line in making sure your organization is in the best position possible to achieve what success looks like, for you.

In the past five years New York has become a mecca for tech start-ups and tech-based products, many of which enabled or have shifted communications and the way we live our lives, significantly. If you are seeking funding for a tech–startup, this is your battleground, with angel investors hungry to diversify their investments (in addition to having the world’s best hedge funds and financial firms based here). Incubator programs and educational centers catering towards entrepreneurs are everywhere and the community of this expanding sector is not only tight-knit and connected but extremely welcoming. ‘Sharing economy’ and on-demand services rule the world (Uber is everyone’s best friend, especially now that surge pricing is capped and sharing a car with strangers saves you money). But at the same time ideas can also become stifled if questionable in terms of privacy and data control. On the other hand, there are perks to one’s social life; if you’re single, dating has never been easier (or should we say, scarier?).

This point does not need much explanation. Good ideas have high potential here to develop into something great. Where there is a will, there is definitely a way.

History laid the foundation for New York City that influences working professionals in more ways than one. Dreams are realized, leading to tales of success and legacy, whilst others may be shattered, leading to a harsh defeat.  This will never change, but when you want something bad enough, you’ll go to extraordinary lengths to get it, and this is surely the place to make things happen.