'The Troublemaker' Fights the Cause of a Planet in Crisis 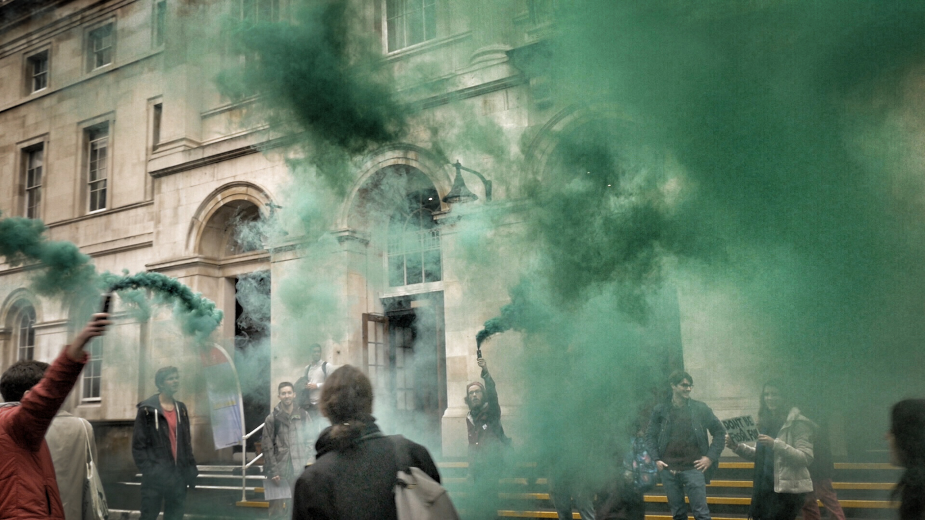 As a society, and as individuals, we have always been defined by how we react in the face of a crisis. This is the archetypal story played out on a global scale, presenting the opportunity for self-discovery if we are prepared to face up to the existential threat.

Roger Hallam’s reputation as the eponymous ‘Troublemaker’ is a double-edged sword, praised by some and vilified by many inside and outside of Extinction Rebellion. Whatever your opinion of the man, it cannot be denied that his journey from one-time organic farmer, to social science theorist and one-time co-founder of XR, to ‘political independent’, makes him a uniquely interesting place to start a story of ideas. This is especially true given the prevailing context of political weakness and cynicism.

The film uses not one but TWO prophetic voices as channels for raising this challenge.

Roger is the voice of committed belief in the civil disobedience model of social change, a model that has achieved spectacular results in recent history. But through the journey of SYLVIA DELL, retired mother of four from South Devon, we get a glimpse of how this model can play out in the life of an apparently ‘ordinary’, law-abiding citizen.

‘The Troublemaker’ scratches the niggling itch that is lurking in many of our brains about the extinction of planetary systems that seems to be going on all around us, and the dawning realisation that something has to be done.

Ultimately the film poses a simple question: with the consensus of informed opinion declaring a ‘climate emergency’, is it morally acceptable to sit back and do nothing?

Director Sasha Snow said of the project: “As a filmmaker I have spent the last 20 years exploring our fractured and self-destructive relationship with the natural world, looking for stories and people that might inspire us to change.

I have always been interested in visionary individuals that attempt to stir society from passive acceptance and who are prepared to suffer for their ideas in the process. Between 2007-2015, I chased the ghost of GRANT HADWIN, an expert logger driven to an extreme protest and a perverse ‘crime against nature’.

Grant drowned in mysterious circumstances while kayaking to his own trial. It was with the same unresolved curiosity that I approached Roger Hallam, co-founder of the then nascent environmental protest movement ‘Extinction Rebellion’ (XR).

I am an ‘outsider’ to XR, and have been careful to retain my independence, working to craft a story about the ideas and emotions that are driving the fledgling ‘rebellion’ on our streets, and not to be deflected or distracted by the personalities and politics inevitably involved with such a project.

‘The Troublemaker’ is the result of this 20 month journey, supported all the way by the editorial wisdom of the team at Passion Pictures, one of the finest independent production companies in the UK.”