'The Trial of David Suzuki' 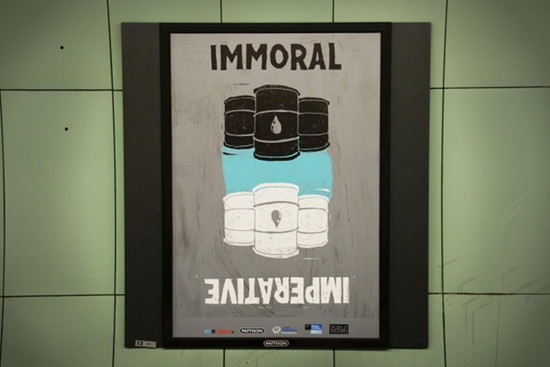 Is David Suzuki a teacher or a traitor? Is wind energy overplayed or underestimated? Is the continued production of fossil fuels an immoral exercise or imperative to sustain our economy? These are some of the questions posed by the campaign for “The Trial Of Suzuki”, a public event at the Royal Ontario Museum on Wednesday, November 6.

Part of Cape Farewell's Carbon 14: Climate is Culture Exhibition + Festival, the mock trial will put Suzuki on the stand for seditious libel in front of a judge, real lawyers, expert witnesses and a select jury of journalists and influencers from across the political spectrum. The jury, along with the audiences both at the ROM and watching online, will decide Suzuki’s fate. 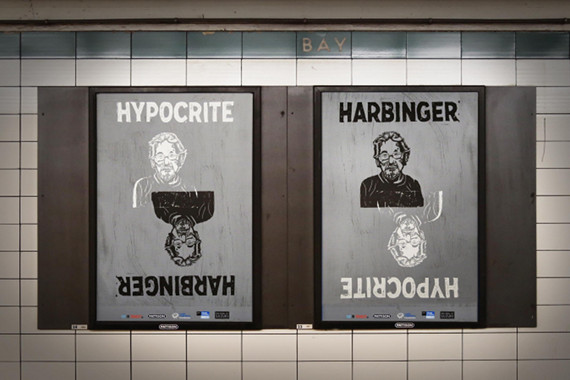 During the trial Suzuki will be defending statements from his “Carbon Manifesto”, an environmental call to arms that accuses Canadian politicians, corporations, and citizens of serious crimes against Canada’s sustainable energy future.

While Suzuki’s positions are crystal clear (the Manifesto demands massive changes including the end of fossil fuels, a carbon tax of $150 per tonne and the uncensoring of federal scientists), the campaign for the trial encourages Canadians to explore the different arguments and form their own opinions.

“The issues surrounding this trial are extremely complicated, and each one can be looked at from countless points of view,” says Stephen Jurisic, executive creative director at john st, the advertising agency behind the trial’s print and digital pieces. “It was important to us that the campaign embrace that duality, regardless of our personal politics.” 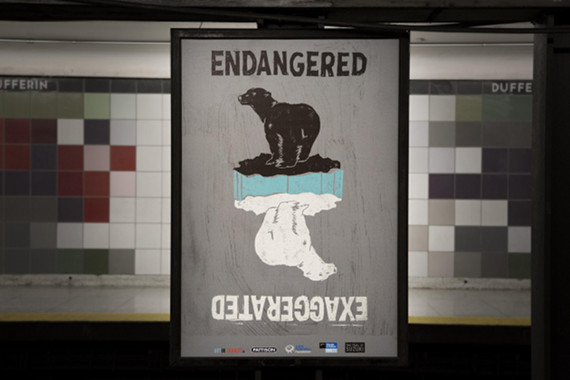 A series of posters present opposing points of view on subjects including the environment, green energy and species conservation. Held one way, they present one position. But by flipping the print 180°, you see the other.

On the trial’s microsite, visitors can watch the event live stream, view evidence from both sides, submit their own “testimony” and even join the jury. After the trial concludes, their votes will be combined with the verdicts of the official jury and the audience at the ROM. Will David Suzuki be found guilty, or not guilty? In a trial that concerns Canada’s environmental and economical future, it seems fitting that Canada will be the judge.