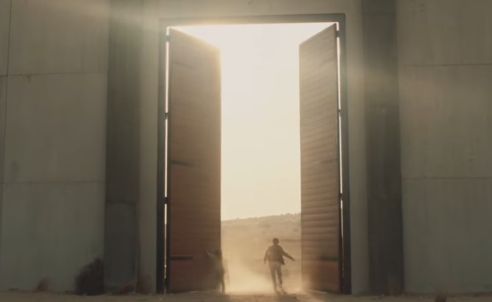 Super Bowl LI marked one of the most exciting culminations of an NFL season in recent memory - the New England Patriots performed the biggest comeback in the history of the game to beat the Atlanta Falcons. But how did the ads do in comparison?

Politics was unsurprisingly hard to avoid amongst them. Probably the most talked about commercial of the entire event, for a little-known building materials company called 84 Lumber, involved a story about a mother and daughter’s journey across harsh land in search of prosperity, only to be blocked by a ‘wall’. It was actually rejected by Super Bowl broadcaster Fox, so instead a teaser was aired and the full film uploaded to the company’s website just after. Then there was a message of acceptance from Airbnb, a call for equal pay between genders from Audi and more. But, of course, there was humour, silliness and various other themes on show too, as well as the first ever live Super Bowl spot.

But who came up trumps? Check out the list below for our opinion.

A remarkable story about immigration at a time when it couldn’t be more poignant. Super Bowl broadcaster Fox rejected the initial film, so the full version was uploaded online after the teaser aired. Created by Brunner and directed by Cole Webley.

Mr Clean - Cleaner of Your Dreams

We see a different side to this famous brand mascot in this amusing spot out of Leo Burnett Toronto.

T-Mobile had just the four spots air during the match. Our favourite was this gem with Kristen Schaal. Laundry Service is the agency behind this.

BBDO New York and director Jim Jenkins completely fluffed up the first ever live Super Bowl commercial. But that was the point.

Hyundai and its agency INNOCEAN shot, edited and got this ad ready for broadcast as the final moments of the Super Bowl were unfolding.

A friend of the past rises from the dead in this funny Bud Light film by Wieden+Kennedy New York and Hungry Man’s Bryan Buckley.

An epic ode to pooping from Grey New York and Febreze.

This is understandably causing quite a stir in the US. Creative out of Anomaly and directed by Chris Sargent of Anonymous Content.

Mercedes-Benz and its agencies Merkley (New York) and Antoni (Germany) enlisted no other than the Coen Brothers to direct a twist on the classic driving film Easy Rider. Check out this interview we did with Mercedes-Benz and Merkley for a closer look at the campaign.