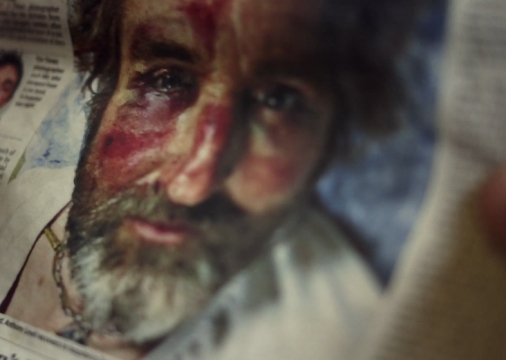 Channel 4 Sales has announced a brand new partnership with News UK’s The Times that will see a bespoke version of one of the newspaper’s Unquiet Film Series aired across an entire ad break in Homeland.

On Sunday 23rd November 2014, the second ad break of the award winning US political thriller will feature a three minute version of the film Bearing Witness which documents the kidnapping and escape of two Times journalists in Syria earlier this year. The Unquiet Film series is a collection of independently made short films telling some of the amazing true-life stories behind the stories from The Times and The Sunday Times.

The partnership represents the first time any of the collection of films has been seen on TV and the campaign aims to drive both awareness of the Unquiet Film series as well as The Times Membership.

A ten second teaser spot in the first break will tell viewers to stay tuned for exclusive content from the Unquiet Film series in the next (centre) break. The final break following the takeover will contain a third ad encouraging viewers to take up The Times Membership.

In addition to the contextual TV campaign, The Times has chosen Channel 4’s interactive video ad format (iVOD) Ad Bloom that will allow 4oD users to interact with the ad through a microsite and explore the benefits of a The Times Membership as well as view the Unquiet films.

Nick Stringer, Chief Creative Officer of News UK: “Bearing Witness tells a powerful story, full of insight into the dangers journalists face in their endeavours to report the truth from hostile environments around the world. It reveals a sense of purpose that The Times has pursued since the Crimean War. Broadcasting this short film on Channel 4 in the Homeland slot is the perfect alignment of contextual relevance, brand fit and reach of our target audience.”

Dwight Thomas, Business Director, m/SIX:  “Crucially this partnership allows us to showcase the Unquiet Film Series and also provide Channel 4 viewers with a window into the World of Times Membership.  We have worked closely with the Channel 4 team to secure the perfect platform to tell the incredible Bearing Witness story and also to ensure that we are reaching and engaging their audience across their portfolio of TV, VOD and social channels.”